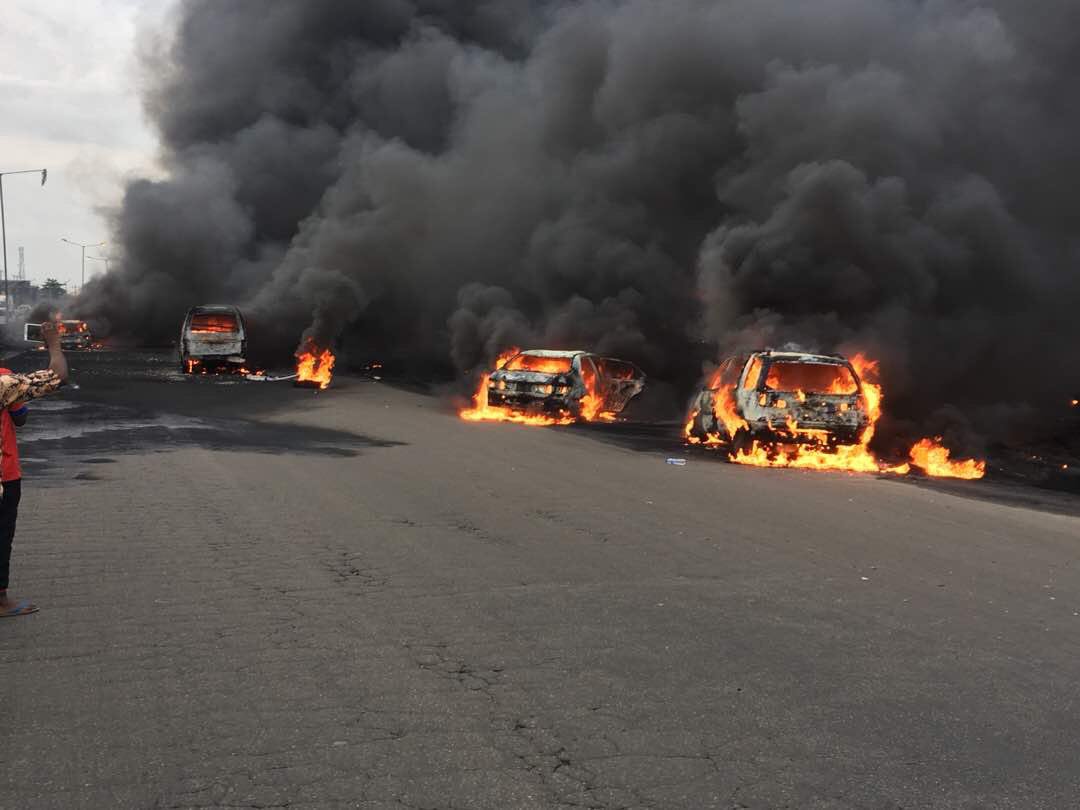 Another tanker explosion occurs in Minna

Barely 24 hours after the tragic tanker explosion that claimed 9 lives and 54 vehicles on Otedola Bridge, Lagos, a similar incident occurred on the Suleja-Minna road on Friday.

Five persons were reportedly injured in the explosion that was caused by a collision between a tanker and a trailer, and they have been taken to General Hospital, Suleja.

Spokesperson for the Federal Road Safety Corps, Mr Bisi Kazeem confirmed the incident on Friday adding that “no life was lost”. He, however, gave specific details of the cause of the accident attributing it to speed violation.

The affected tanker was said to be loaded with kerosene.

While Nigerians worldwide mourned the 9 lives that were lost in the tanker explosion on Otedola Bridge, another accident occurred on the same bridge leaving 2 dead.

This recent tragedy was as a result of reckless driving between a commercial bus driver and a Toyota Hiace bus which ended in a head-on collision.

Nigerians are tired of endless and empty prayers

In light of the spate of tragic events that have besought the nation in the past few weeks, Nigerians are calling for more decisive actions to be made as opposed to the attachments to religious sentiments.

While conversations swirled across the internet about the avoidable deaths in Thursday’s tanker explosion, some social media users have pointed out the need for Nigerians to ditch all religious sentiments,  make decisive actions and hold the government accountable.

The bottomline for most now is: Prayer is what we need as a nation.

See some of the reactions:

I’m sorry, but “just pray” can’t be all there is. It’s not okay. Someone’s negligence is responsible for this. There needs to be consequences. I refuse to believe God pre-ordained this selfishness and nonchalant attitude. We have to play our own part.

You cannot pray a country into development.

Pls, let's pray for Naija. Prayer is good. However, if you refuse to brush your teeth, but pray for fresh breath, your mouth will stink. Simple! They say sign petition, you no gree, come for protest; you say NO, speak out; you keep quiet. Well, if you do NOTHING, you get NOTHING!

Even a well known pastor is asking us to seek other means:

If we keep resorting to religious explanations for our practical problems we will not progress as a nation. The main purpose of prayer is to hear from God. He gives you instructions on what to do. It's our doing something that changes things. Prayer by itself won't, action does.

Well, there you have it!