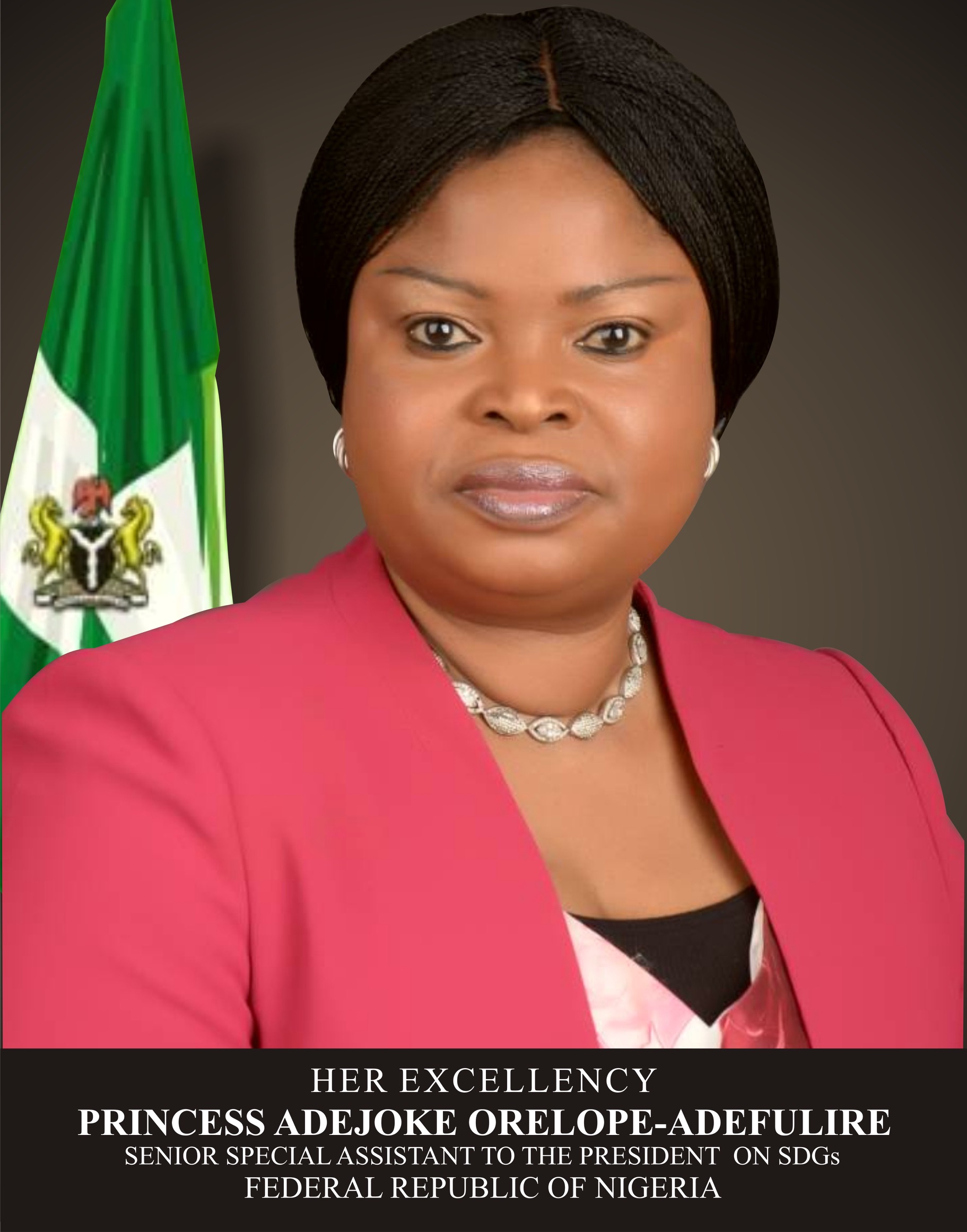 In commemoration of the 2018 World Environment Day, Senior Special Assistant to the President on Sustainable Development Goals (SDGs), Princess Adejoke Orelope-Adefulire has called on stakeholders to support all efforts made towards seeing an end to pollution caused by inappropriate disposal of plastic materials.

Orelope-Adefulire called out to parties involved in a statement on Wednesday adding that plastic pollution has become an epidemic in our society and across the world.

Reports by the UN Environment show that “we throw away enough plastic to circle the Earth four times every year. Much of that waste doesn’t make it into a landfill, but instead ends up in our oceans, where it’s responsible for killing one million seabirds and 100,000 marine mammals every year, and it can persist for up to 1,000 years before it fully disintegrates. For the good of the planet, it’s time to rethink how we use plastic.”

“Every year, 500 billion plastic bags are used around the world; 13 million tonnes of plastic leak into the ocean, 17 million barrels of oil are used on plastic production; 100,000 marine animals are killed by plastics; and 83% of tap water are found to contain plastic particles. This is alarming and dangerous to the environment. In particular, it’s impacting the ocean, which is the lungs of our planet, providing most of the oxygen we breathe, major source of food and medicines and a critical part of the biosphere.”

Orelope-Adefulire advised that ending plastic pollution would involve measures such as switching to materials that are easily reusable as alternative to plastic, adding that as the planet continues to grow relentlessly in population, a corresponding growth in waste products also occurs. She also noted that though the society has an etiquette that separates waste products from the immediate living areas, the waste however creates huge environmental problems and impacts the entire planet. She therefore advocated for continuous recycling as a method to deal responsibly with the plastic problem.

“Beat Plastic Pollution”, is a call to action for everyone to come together to combat one of the great environmental challenges of our time. It also invites all to consider how they can make changes in their everyday lives to reduce the heavy burden of plastic pollution on the environment, wildlife and the health of the people.

While plastic has many valuable uses, people have become over reliant on single-use or disposable plastic – with severe environmental consequences. Around the world, 1 million plastic drinking bottles are purchased every minute. Every year, up to 5 trillion disposable plastic bags are used, with 50 per cent of the total plastic in single use.