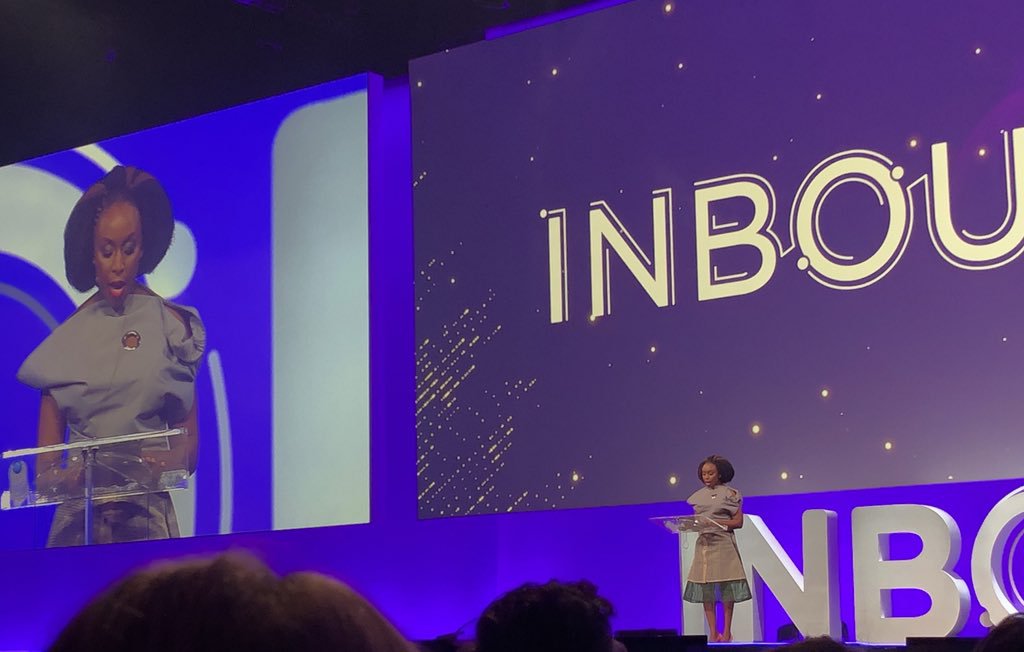 The award-winning author traced her early days in Nigeria and how she discovered she was ‘black’ in America. She touched on everything from racism and identity to patriarchy and its effects on both women and men and her belief that stories can change the world.

On anger and the black woman “Anger is a valid human emotion and women are judged very harshly about showing anger. In this country, it is terrible for women to show anger and it is catastrophic for black women to show anger, because the stereotype of the angry black woman is one that is impossible to shrug off once it has been pinned on you. It will follow you for the rest of your life; it will prevent you from getting opportunities that you deserve. I know many accomplished women of all races who have held themselves back in many situations because they don’t want to be considered angry or difficult; they don’t want to be called a bitch.”

Chimamanda reflected on her viewpoint as a writer, “I truly believe that we can remake the world, but first, we have to imagine it, “she ended to a standing ovation.

INBOUND is hosted with by HubSpot every year, in 2018 the conference had 24,000 attendees. Past speakers include former American first lady, Michelle Obama and Huffington Post founder Arianna Huffington.