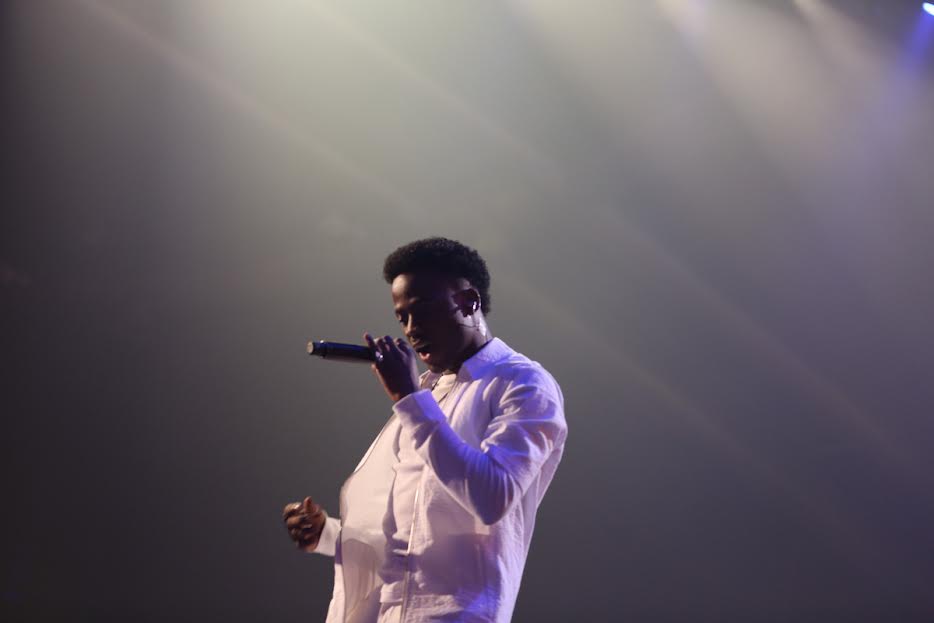 After weeks of excitement and anticipation, Africa’s music fans have spoken at the sixth edition of Africa’s premiere annual music showcase, the MTV Africa Music Awards Johannesburg 2016. Unfolding at the TicketPro Dome in Northgate, Johannesburg, South Africa on 22 October 2016, the exhilarating celebration of African music and achievement made its Jo’burg debut with an electrifying display of live performances and incredible state-of-the-art staging and lighting.

Other deserving winners at the show included Nigerian artist Yemi Alade who walked away with the Best Female trophy. Kenyan Afro-pop band, Sauti Sol lifted the Best Group award, while Patoranking won the Song of the Year category sponsored by Google for his chart-topping hit, “My Woman, My Everything”.

The excitement in the crowd was palpable as world-renowned South African jazz legend and Grammy award winner, Hugh Masekela, took to the stage to accept the Legend Award, for his indelible contribution to the music industry. The Africa Reimagined award, a category honouring individuals reshaping the narrative around Africa, was awarded to youth activists, Vivian Onano and Mary Taedzerwa, for their pro-social activism on the continent.

Thrilling collaborations from Africa’s foremost artists were the highlight of the show, including Kwesta and Stonebwoy, who performed a high-powered remix of Kwesta’s hit song “Ngud”. Big winner Wizkid thrilled the crowd with rousing support from the world famous Soweto Gospel Choir. The most touching moment of the night was a show-stopping tribute to late “Nkalakatha” of Kwaito, Mandoza, by legends Mdu, Trompies and DJ Cleo.

US Hip Hop star and nominee Future lit up the stage with hits “Wicked”, “Lowlife” and “Commas”, while the trophy for Best International went to Drake.

Commenting after the show, Alex Okosi, Senior Vice President & Managing Director, Viacom International Media Networks (VIMN) Africa, said: “Tonight #MTVMAMA2016 brought the continent together, showcasing the amazing creativity and talent that Africa has to offer. This is a night for Africa to be proud of, and we are thrilled that the MAMA has once again delivered a powerful platform to celebrate African achievement.”

See all the photos: