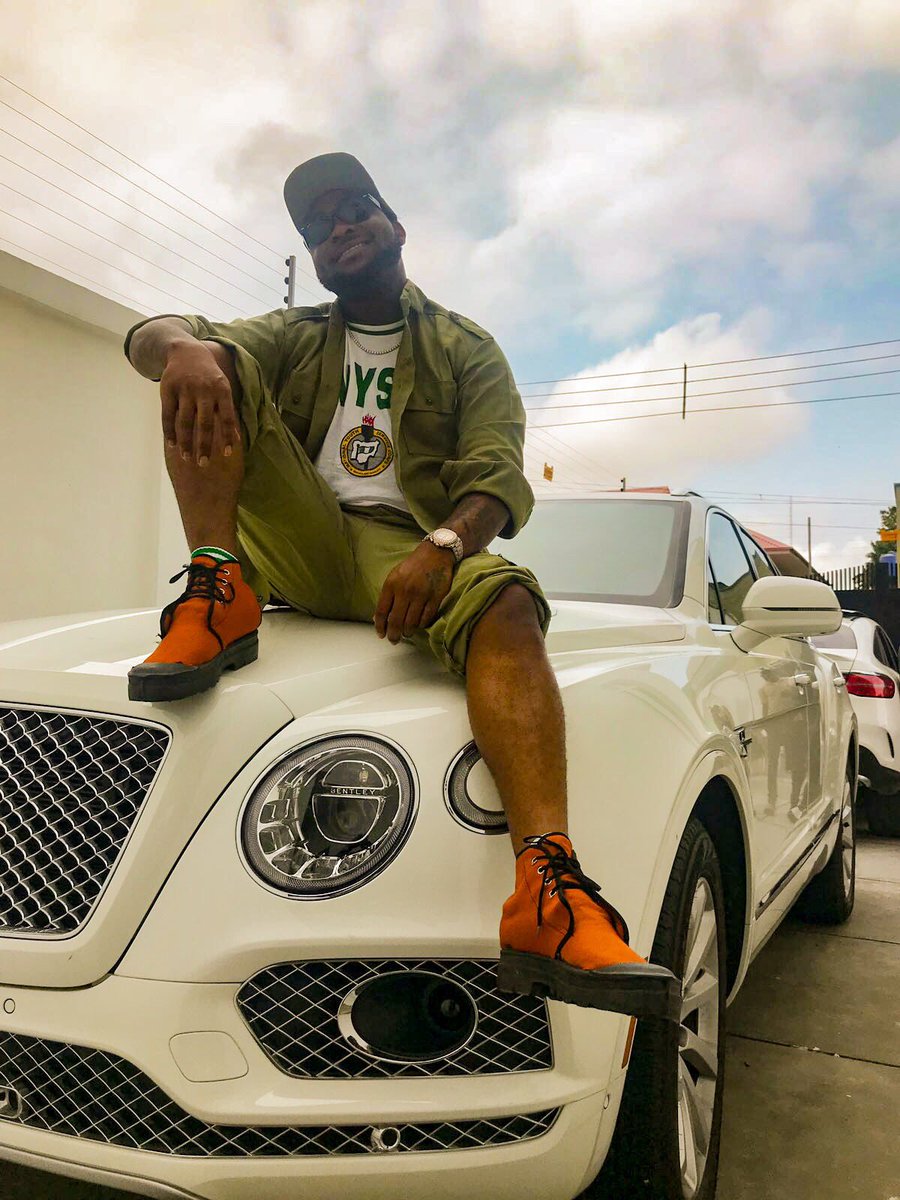 Davido who graduated from Babcock University in 2015 is clearly just finding time to observe for a reason he describes in his Twitter caption as “tying up every loose end”.

Nigerians did not see Corper Davido coming and they are reacting to the news in hilarious ways:

Davido is wearing Nysc cloth so when his certificate pulls up, you people cannot accuse him of forging when he enters politics. Loose ends are being tied.

Will NYSC have the guts to drop 19,800 allawee in Davido’s account tho?

Davido is officially the richest corper in the history of NYSC.

Davido’s NYSC should be fun

Sec schs will lobby to have him posted to them

Davido studio/company then requests for Davido, for a little token of course. Too much money everywhere.

Femi Adesina wants us to consult God for Leah Sharibu’s time of release?

Special adviser to President Buhari on media and publicity, Femi Adesina was a guest on Channels TV on Tuesday where he answered series of questions on the administration.

When asked about the fate of kidnapped teenager, Leah Sharibu who is still being held by her captors after other Dapchi girls were released months ago, Femi Adesina had quite an interesting response.

He said, “For how much longer, I think that question can only be answered by God. I believe that God is interested in that young girl and will ensure that she is preserved”

Recall that online news site, The Cable published a recent picture and audio recording of Leah Sharibu on Monday. In the recording, she called on the government, particularly the president to “pity her and save her from her situation”.

But Femi Adesina thinks the matter should be directed to God?

On @sunrisedailynow
Maope: How Long will Leah Sharibu remain with the abductors?
Femi Adesina: Hmmmmmm. Only God can answer that.
Just look at the kind of person Buhari appointed as his spokesperson 😂😂😂😂🐱

Lmao. Femi Adesina was just asked about the government rescuing Leah and baba said, ” it depends on God”.