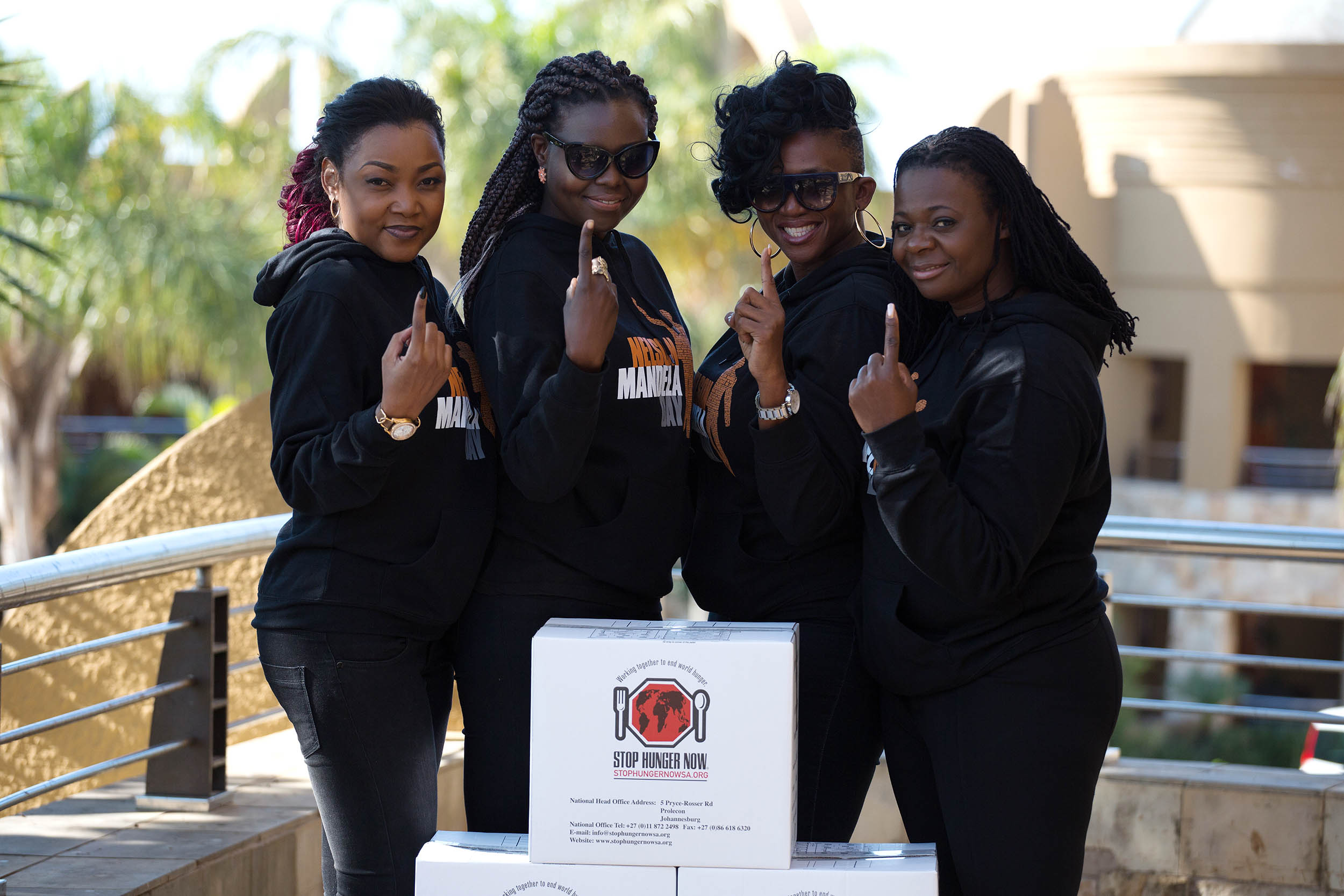 The Voice judge and ONE ambassador Waje joins the rest of the world to mark Mandela day by giving out 10 million free meals to impoverished children in South Africa alongside global NGO, ‘Stop Hunger now’. To commemorate the birthday of the late Statesman Mandela, every July 18 The Mandela Foundation works with leading celebrities and charity organisations to help children in Southern Africa.

She said “It is our obligation to lend a hand to those who need a hand to survive, It’s a great privilege to be part of this amazing project. Africa needs initiatives like this to help reduce hunger across the continent and ultimately these are some of the values that Madiba himself stood for in his lifetime. Let us join hands to #StopHungerNow”

Also speaking about the initiative, The CEO of Stop Hunger Now, Sarah Khan said, “Approximately three years ago we started celebrating Mandela Day in this way and getting multiple corporates to participate. So we have been successful in that, so we thought okay last year we did 1 million meals, this year we challenged ourselves to do more.”

Stop Hunger Now package and ship meals to feed people in need. They have engaged over millions of corporate, student, civic and faith-based volunteers to package meals. Stop Hunger Now educate thousands of people each year about hunger and inspire them to help end it. This year, they will package 45 million meals, and ship over $9 million in donated aid, mainly vitamins and medical supplies.