Sign in
Home FEATURED “Victor Moses is a young talent and I’m disappointed”; “Saraki is a... 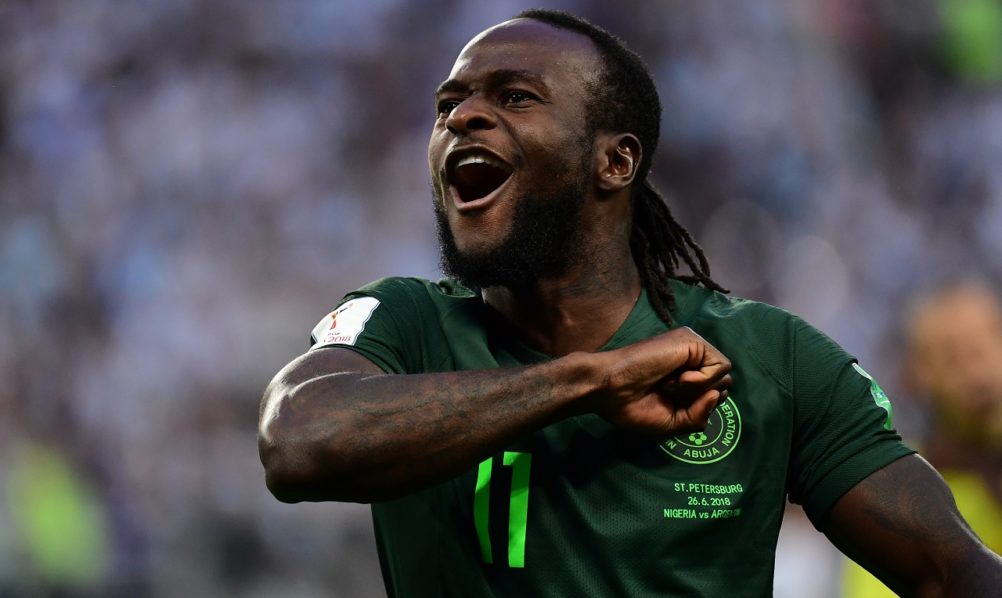 The 27-year-old shared a statement via Twitter where he wrote, “I would like to announce that after much thought I have made the decision to retire from playing international football. I have experienced some of the best moments of my life wearing the Super Eagles shirt and have memories with me that will last a lifetime. Nothing will ever compete to what it felt like to represent Nigeria on behalf of our country,”

Moses, who explained that he will now focus fully on his club career and his young family also added that he will, “allow the next generation of Super Eagle stars the opportunity to step up and to flourish.”

The news of Moses’ retirement comes as a shock for most and Twitter users have reacted:

I cant even wrap my head around Victor Moses retiring from international football. He is just 27 & Nigerian Football is getting better. Sad to hear but i respect his decision. All the best Moses

Strange decision by Victor Moses to retire from international football.There is a lot excitement & promise around this set of Eagles & they could go on to do great thin.But he has a family now & the opportunity cost of those international breaks is family time.We will miss him.

Victor Moses’ retirement may not be the last we hear. Others likely to follow. Surprised it took this long #Team9jaStrong

Why is Victor Moses retiring at at time Nigerians needs him the most.
Our football team has improved and we’re getting better at each tournament.

Victor Moses is a young talent and I’m disappointed

It’s not normal to retire from International football at 27. The excuse Victor Moses gave does not really sound ok. There’s something he’s not telling us.
All the same, wishing him all the best in the rest of his career.

Saraki is ‘considering running for President in 2019’

…and the plot thickens for Nigeria’s political drama!

Senate President, Bukola Saraki has made it known that he is considering running for the highest political office in Nigeria in the coming elections.

Saraki, who recently defected from the ruling All Progressives Congress (APC) to the People’s Democratic Party (PDP), told Bloomberg in an interview that he is “consulting and actively considering” the move.

Saraki who is currently under fire from his former party says he believes he “is able to make the change”.

Is this presidential dream about to come true?

The founder of INRI Evangelical Spiritual Church, Primate Elijah Ayodele, has said the Saraki will win the 2019 presidential election if contests under the PDP.

How do the electorates feel about all of this?

Bukola Saraki should wait till when Nigeria will officially adopt Lootocracy as our system of government, he will be returned unopposed with
Atiku as his VP and Sule Lamido as Senate President

I have always told PDP goons to field Bukola Saraki as their Presidential candidate and let us clear his doubt once and for all and retire him untimely.

Thieves and Looters will NEVER find their way back into Ask Rock again.

Bukola Saraki is considering contesting for presidency in 2019. It is not he’s capable of defeating Buhari, he’s just desperate to fulfill his fantacy of having the compound word ‘presidential candidate’ attached to his name. It is a fantacy.

A Bukola Saraki is a million times better than a Buhari in 2019. Take a cup of coffee afterwards