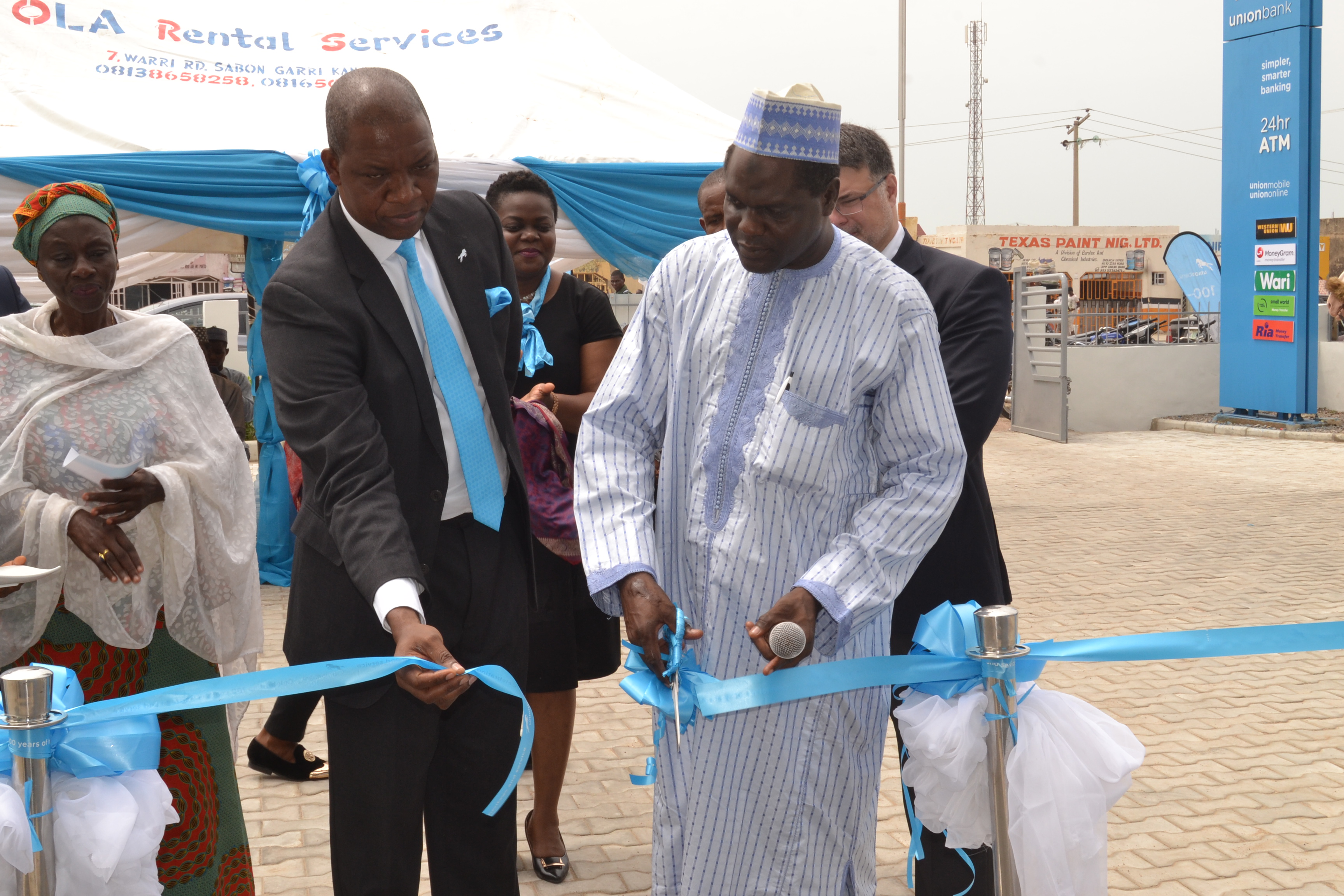 Union Bank has continued its centenary anniversary celebrations this time taking the celebration to Kano State as it recently launched two newly upgraded branches in the State. The upgraded branches will afford Union Bank customers the opportunity to enjoy simpler and smarter banking services in a vibrant, professional setting.

The launch of the upgraded branches located at Murtala Muhammed Way and Zoo Road areas of the state was amongst activities that formed the major highlights of the Bank’s centenary anniversary celebrations in Kano.

The line-up of activities also included a courtesy visit to the Emir of Kano, HRH Muhammadu Sanusi II at his palace as well as a centenary anniversary gala event.

The gala was attended by stakeholders and key personalities in Kano state including the representative of the Governor– the Attorney General of the State, Alhaji ‎Haruna Mohammed Nagoma and Prof. Kabiru Dandago, Commissioner of Finance, Kano state. Also in attendance were Union Bank customers, some of whom have been with the bank for over half a century.

Speaking at the event, Union Bank Chief Executive Officer, Emeka Emuwa said: “Kano is an inherent part of our history and our growth through the years. Since we established our first Kano branch along Bank Road in 1949, we have grown together with the state. Here we are, 68 years after, celebrating decades of a mutually beneficial relationship with the good people of Kano State.”

In preparation for the future, we have recently upgraded several of our branches nationwide as well as our digital banking platforms in a bid to provide simpler, smarter banking services to our customers. Our aim is to make banking as simple as possible so customers spend less time carrying out their banking transactions and more time doing what matters to them,” he said.

While speaking at the gala, the representative of the Governor of Kano state, the Attorney General of the State, Alhaji ‎Haruna Mohammed Nagoma, expressed his satisfaction with the bank’s services and its overall contribution to the economic development of the state. According to him, over the years, the bank has been impactful and supportive in sustaining a good standard of living for millions of people living in Kano and beyond.

“I am so happy to witness this centenary anniversary celebration in Kano. Union Bank is a very reliable bank and I believe they will still be here for another 100 years. The bank is unique and its relationship with customers is really strong as you can see. I want to specifically thank the bank for the years of good services to the people of Kano State,” he said.

Also part of the bank’s celebratory activities was the donation of a fully furnished library with computers, books, reading tables and seats to Mariam Alooma Muktar Girls School in Kano.

Union Bank continues to celebrate its century long banking legacy of strength and reliability while positioning itself as a simpler, smarter bank ready to take on the next 100 years. The celebration has been planned to hold across the country and to last the whole year under the theme ‘Celebrate, Impact, Lead’.