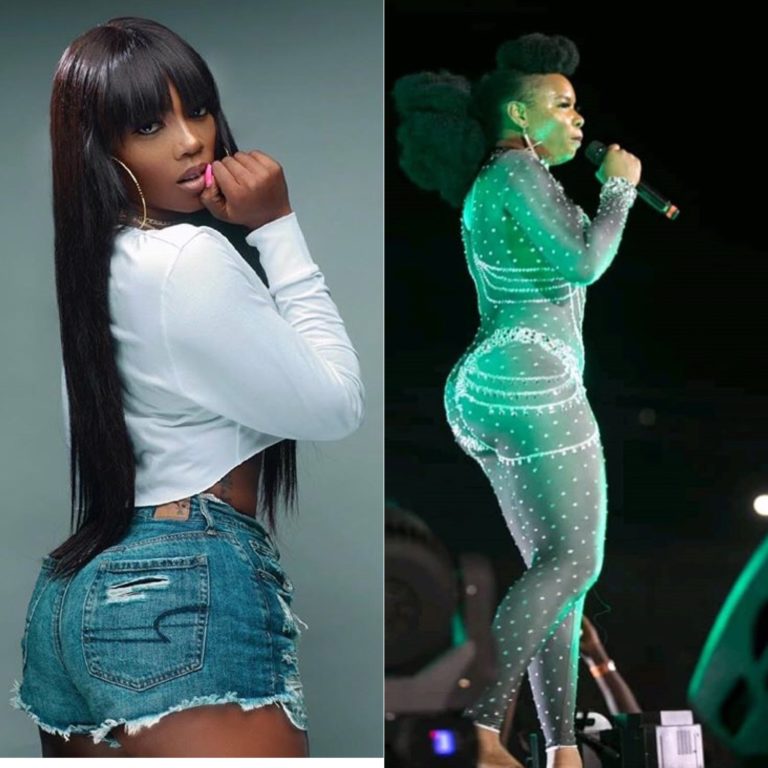 Award-winning singers, Tiwa Savage and Yemi Alade, on Tuesday, took their long-standing feud to social media as they exchanged words over – wait for it – bumbum.

Yemi Alade was first to throw shade at an unnamed celebrity who she accused of “deceiving fans” by photoshopping her backside. She tweeted:

Although it is glaring that no names were mentioned, Tiwa Savage took to Instagram to prove that her backside exists and should not be toyed with. See:

Tiwa Savage, however, later took to Twitter to preach about body positivity, acceptance and self love. She also wrote, “Let me clarify first of all that this is not a yansh war, I Kuku no get big yansh in the first place. It’s about minding your business”.

An attempt to be the bigger person? Let’s see what social media users think about all of it:

That final tweet is why we’re moving away from the drama!

Meanwhile, Olamide attempts to clear the air on his new single, Logo Benz

Following the heavy backlash that trailed the release of Olamide and Lil Kesh’s single track, Logo Benz, the rapper has attempted t clarify the intentions of the song.

It is no news that United States President, Donald Trump is far from being the most loved leader right now and a number of pedestrians in America have taken to destroying his Walk of Fame star just to prove this.

TMZ reports that, in the last three days, the star has been vandalized twice. First was an offensive word accompanied by a swastikas symbol, then the other was a blood stain which the site reports may have been unintentional as it was cleaned up almost immediately.