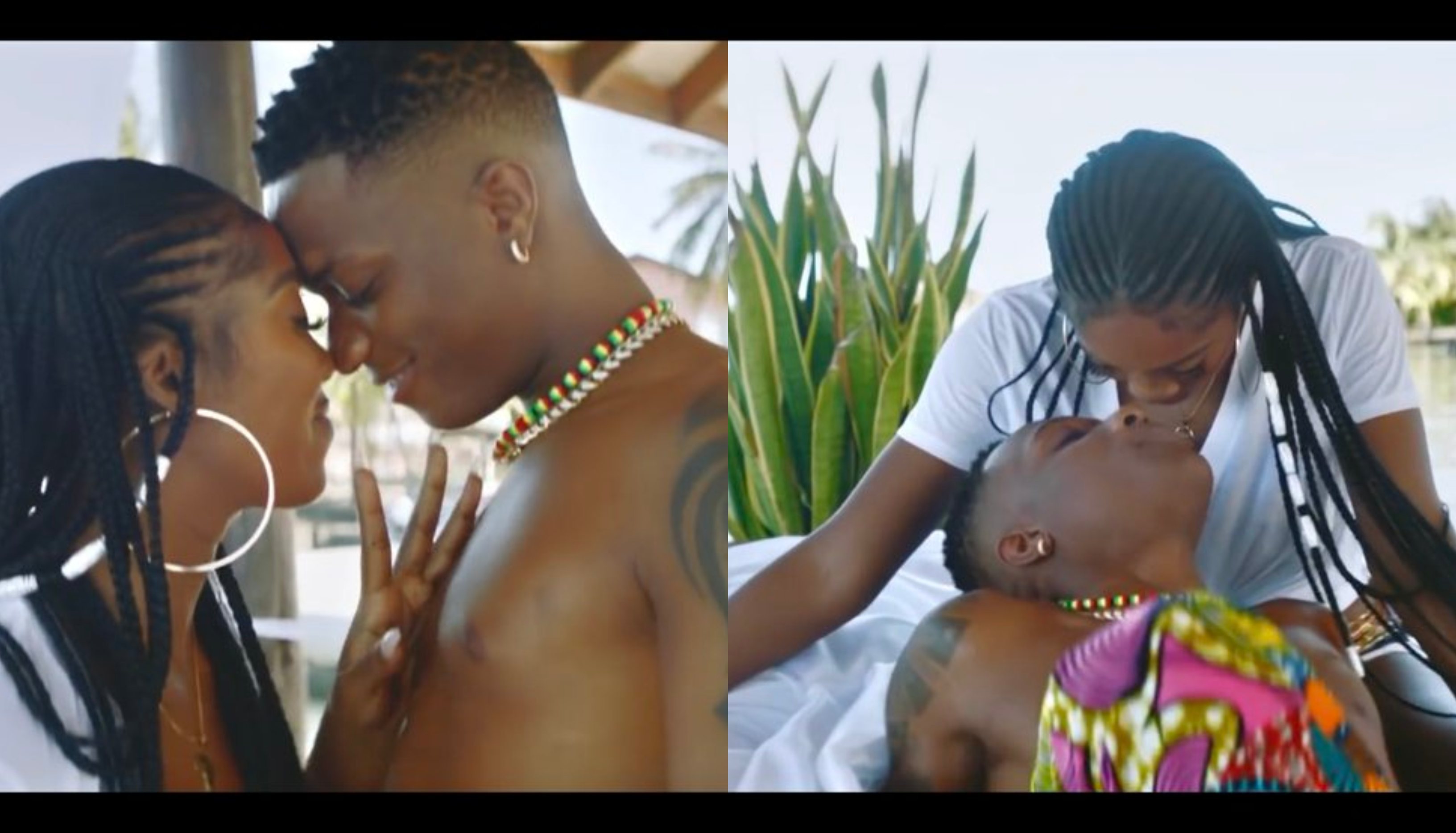 Because he recruited the most unlikely video vixen…

Every mannerism in the video fuels the rumours that the Starboy is in a romantic relationship with Tiwa Savage; and the internet had a field day with the two.

These are the best reactions:

Those who found it extremely gross for Tiwa Savage to “stoop so low”:

Tiwa savage is an Agbaya abeg. It’s not everything that should be accepted as entertainment. It’s a very stupid publicity stunt. Tiwa savage is 10 years older than Wiz Kid and naturally Wiz Kid should be calling her “Aunty mi”. A complete disrespect towards Teebillz and her son pic.twitter.com/fpcrdDWHNh

I love Wizkid, I love Tiwa.

But I think she doesn’t know what’s befitting. She’s like the Beyoncé in Nigeria. Well, I thought… or not?
She needs to do better.

Vixen in Wizkid’s video wearing transparent white without bra and her lips touching his.

Those who think it is another PR stunt and should not be taken seriously:

What Tiwa and wizkid did is none of our business tbh… they are both matured and knows what’s best for them..

They want to sell fever.. they know the best thing to do.. and they did it.

They want people to talk.. now we are all talking ..

Obviously, Wizkid put Tiwa in the Fever video for the massive buzz and publicity.

But you can’t tell me nothing, they are knacking. If not, Tiwa should just kickstart her acting career properly because that intensive Vixen role deserves an Oscar.

Teebillz might be the one who directed this Wizkid Fever Video. This is entertainment Industry. They want us to talk about them. They will do anything to achieve that. The earlier you know this, the better for you. Stop overworking yourself. pic.twitter.com/LvdyzOv8hT

The ones who had a good laugh over all of the drama:

This Tiwa and Wizkid saga is the real life case of

“Don’t let your husband or Wife keep you from finding true love…” 😂😂 pic.twitter.com/48pIYEEpt0

It was alleged that Teebillz cheated on Tiwa with “Edible Catering”; now, Wizkid is giving Tiwa all the necessary “Stew”….

I think food is the problem here 🤔

These ones had to drag Tiwa Savage’s ex-husband, Teebillz in by all means:

“But you said Tiwa doesn’t cook, have you seen Wizkid’s ‘Fever’ video?”

Wizkid and Tiwa decided to give us pepper stew with that video. They didn’t leave Teebillz out, they gave him fever.

Y’all knw wizkid can legit use another girl for that tiwa part ya??

But no, man needed to clear the air with Teebillz😂😂

But Tiwa Savage gave the final word on all of this:

And we will forever hold our peace!