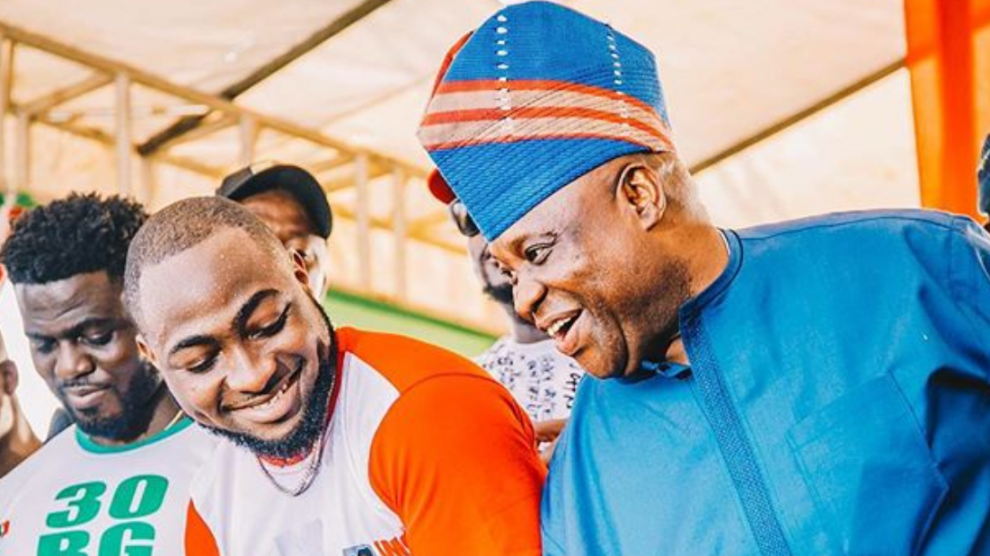 Although the results have not been officially announced by electoral body, INEC, the People’s Democratic Party (PDP) candidate, Senator Ademola Adeleke has berated the rerun election held today in Osun state.

Adeleke accused the All Progressives Party (APC) of conspiring with INEC to mar the election process in the latter’s favour. He told journalists in his residence, “This is not a free and fair election. Osun state is under siege; we are at war in Osun. They didn’t allow my party to vote”.

In a statement later released by his spokesperson, Olawale Rasheed, the Senator said, “We report to the whole world the brazen theft and daylight swindling of Osun people who were criminally denied their rights to vote and be voted for by an anti-people conspiracy among INEC, security agencies and the ruling All Progressive Congress. An unprecedented travesty of justice and the shattering of democratic values are ongoing in Osun state.

“The whole world is witnessing a charade in the name of an election, a deliberate effort at the imposition of a discredited leadership on the suffering people of Osun State through undisguised brutal force, applying all standards, today’s supplementary poll is a non-event as all norms of electoral process were violated.

“Voters are deliberately refused access to polling points at gun points. Those allowed to voting centres are forced to vote for APC.PDP party agents are arrested, beaten up and shut out of polling centres. PDP agents are barred from many units. Roads are blocked to stop voters and observers.

‘Journalists and election monitors are blocked from accessing many voting areas. Those who attempted gaining access are attacked by hooded thugs.PDP leaders are hounded and arrested. It was a brutal unleashing of force against unarmed election stakeholders.”

Meanwhile, here’s how Twitter users are reacting to the conduct of the election:

People are being prevented from accessing polling units in Orolu LGA of Osun State in #OsunReRun. This man says thugs loyal to the APC have barricaded major roads into the village & are preventing voters from accessing the polling units#OsunDecides2018 pic.twitter.com/fffOiNHaH5

3 years under APC has been a scary revelation.

If you are a Youth and you are planning to vote for APC and Buhari next year.

This rare street hawker made it to a global platform

He went viral on Nigerian social media because of his rare act of kindness, then Humans of New York found him: