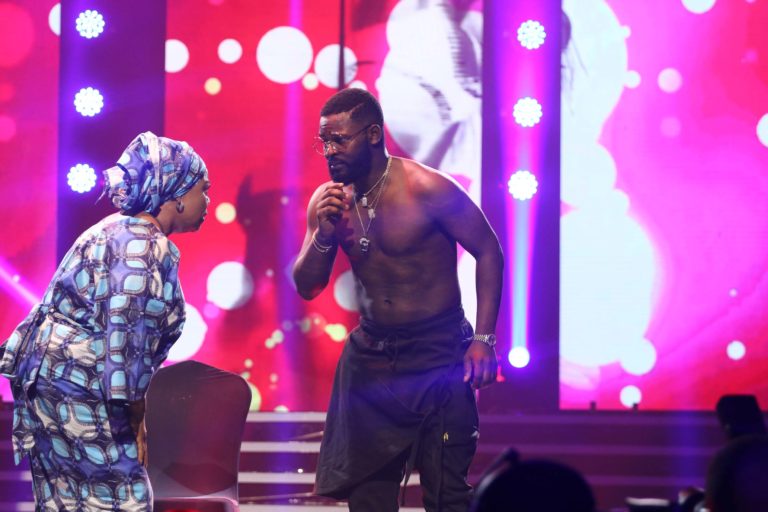 Multi-talented entertainer, Falz hosted fans at the second edition of his headline show last night and with a lot of surprises the show proved to be one of the best concerts in Nigeria.

An example of these pleasant surprises was the onstage appearance by award winning veteran Nollywood actress, Sola Sobowale.

The ‘King of Boys’ led the baby girl trail, as Seyi Shay, Niniola and Simi also took to the stage to perform some of their biggest hits to the pleasure of fans present.

The cinematic music concert was produced by Livespot 360 renowned for ground-breaking and out-of-town concepts, and Bahd Guys Entertainment, the record label founded by Falz.

The concert was held at Eko Hotel and Suites, Lagos and featured artistes like Simi, YCee, Niniola, Seyi Shay, Dice Ailes, Skiibi, and Ice Prince, among others.