Sign in
Home FEATURED “The Nigerians HONY featured aren’t even the poorest of the poor”; PDP... 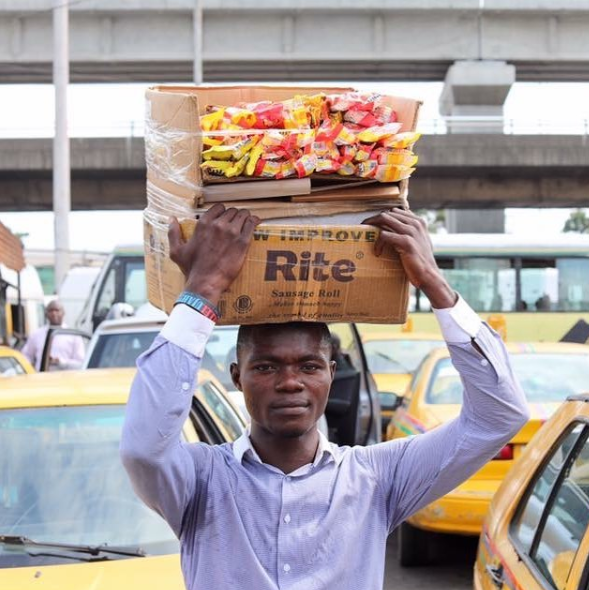 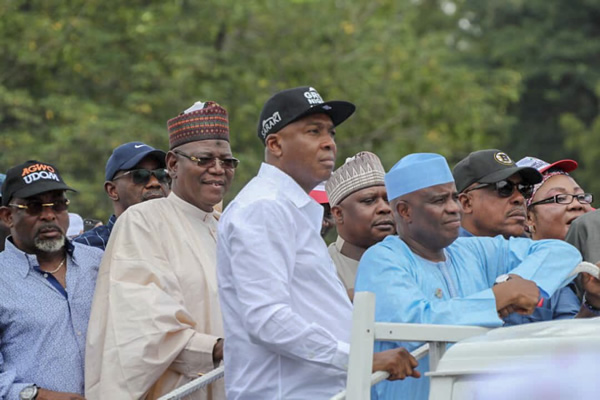 Following the outcome of the gubernatorial election that saw All Progressive Congress (APC) candidate, Isiaka Oyetola emerge winner weeks ago, top politicians in the opposition party, PDP have taken a protest to the office of the electoral body, INEC.

The protesters demanded that the electoral body declares their party’s candidate, Ademola Adeleke as winner of the election. They wore T-shirts with “the Nigeria Police and INEC are arms of the All Progressives Congress” inscribed on it.

According to Senator Murray-Bruce, the protest did not go as planned:

I have just been teargassed by the @PoliceNG at @inecnigeria office. Gunshots have been fired. This was a d still is a peaceful protest. How can I be treated like this in a country I have fought for and invested in? This is madness, I came with words they answered with bullets!

Then this video of Dino Melaye brazenly confronting the police?

This is the video as best as we could get in the circumstances. We have a democratic right to peaceful protest and freedom of association. This act is unconscionable in a democracy. pic.twitter.com/wxmY9wWvFE

Humans of New York blogger was in Lagos for a while and the stories he shared have Nigerians talking:

We read about the groundnut hawker, the 20-year-old who can’t afford education, the poor suitmaker, the community leader who’s fed up with politicians and empty promises and many more.

Brandon Stanton has shared heart-wrenching and some encouraging stories about ordinary Lagosians and now that he has left the country, social media users are reacting to these realities and attributing it all to the government’s ineptitude and ultimate failure.

Nigeria is now the poverty capital of the world. In case you’re wondering why Brandon is telling sad stories on Humans of New York

Almost all the HONY stories from Lagos have enraged me because they all go back to structural corruption and poor governance. From police brutality to a lack of social safety nets, it’s all because some people somewhere just sat on public funds like it’s their right.

The worst part is that HONY isn’t even telling the WORST stories.
Some Nigerians are in the kind of suffering that they have become invisible.
Visibility is also a privilege

The two men behind me on this plane legit just called this hostess and yelled “Bia, put your number on this phone”.

The lady replied “Sir, I can’t just give you my number”

Next thing, “what is wrong with you ehn?”.