Sign in
Home NEWS Tekno meets Drake but Wizkid is the loser?; Stop using the SupportSARS... 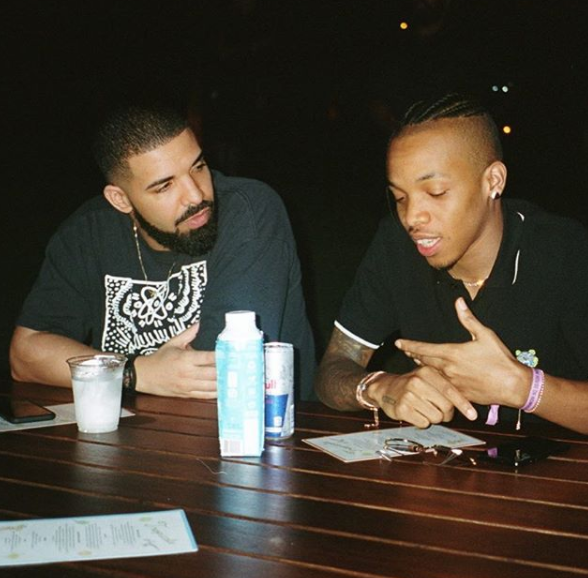 When Drake comes closer to Tekno but Wizkid…

We can assure you Drake’s meeting with Tekno has nothing to do with Wizkid but Twitter users who have been looking for the perfect opportunity to throw shades at the Starboy found this one handed on a platter of ‘Champagnepapi’.

The Canadian rapper earlier today shared a photo of himself and Pana singer, Tekno having what seems like a really deep conversation and Twitter went wild.

Drake is actually feeling and listening to Tekno who has more to give than Iyeyeye 😊😊😊 pic.twitter.com/cRc2VLo2uS

When Tekno worked with Columbia Records, it didn't trend.

When he was paid N24m in Kenya, it didn't trend in Nigeria.

He's linked up w/ Drake, some people are trying to make it about Wizkid by throwing shade.

Meanwhile, Drake had earlier put up a photo of Tekno working on a console, on his Instastory; and we can tell there’s a collaboration in the works.

NFF is in trouble…

Let’s thank God our place at the World Cup is not affected and we have not been disqualified.

But world football governing body today sanctioned the Nigeria Football Federation (NFF) for fielding an ineligible player, Abdullahi Shehu in the match between Nigeria and Algeria in November.

The match has been forfeited and awarded 3-0 in favour of Algeria and the NFF was fined CHF 6,000.

Whew! At least they didn’t chase us from the World Cup.

Donald Trump is at it again

The US president, Donald Trump is currently facing sexual misconduct allegations and he’s adding fuel to the burning fire with sexist remarks on Twitter, his favourite outlet.

Here’s how the Donald reacted to Gillibrand:

But we hope her response can shut him for the next few days:

You cannot silence me or the millions of women who have gotten off the sidelines to speak out about the unfitness and shame you have brought to the Oval Office. https://t.co/UbQZqubXZv

#EndSARS seems to have been watered down by the #SupportSARS and this Twitter user is calling on all of us to quit trending the latter hashtag.

Well, except you’re an enemy of progress.

This ‘babe’ is some of you

Our question is this: Is it really that deep?