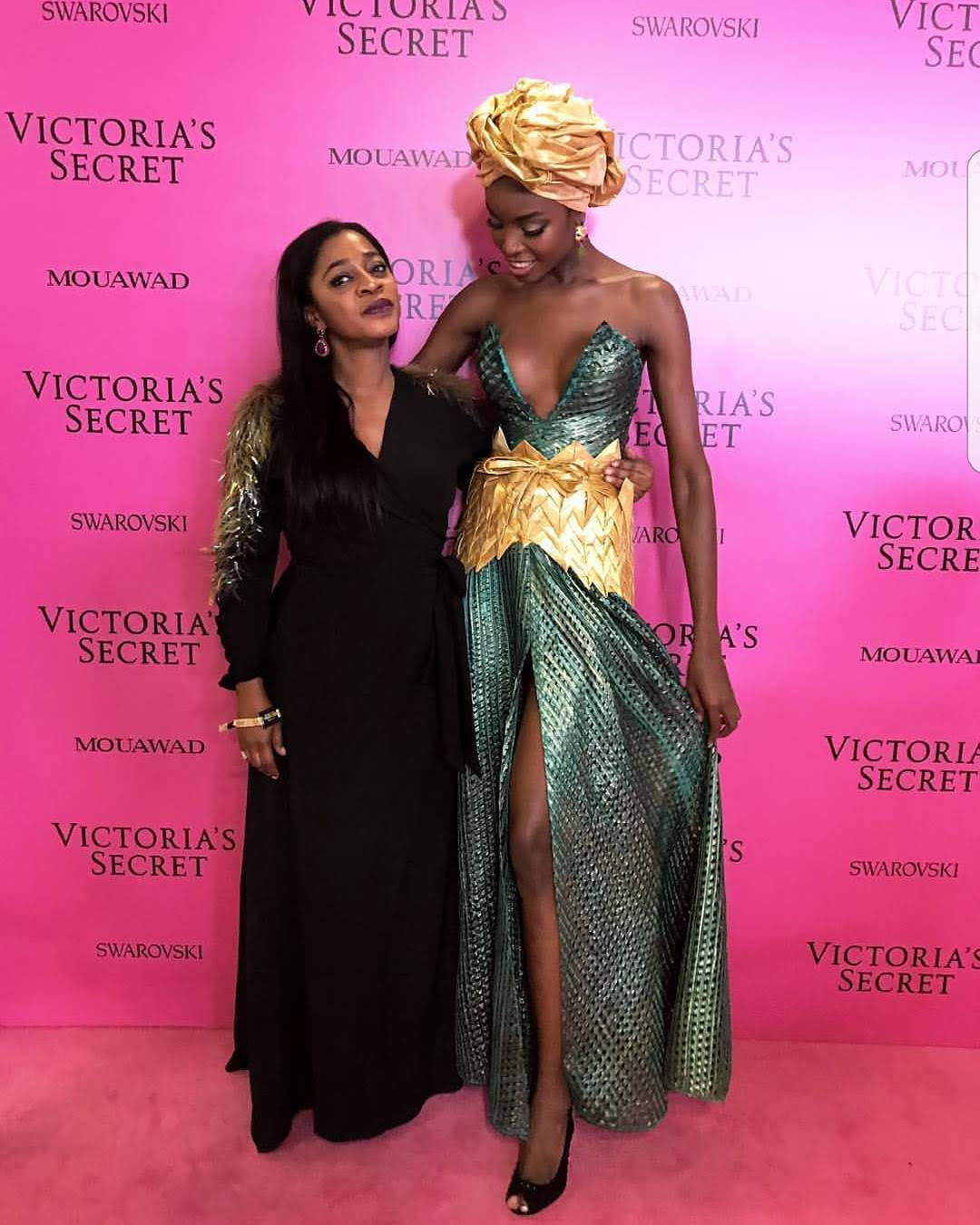 Known for many firsts; Maria Borges made history in November 2015 by being the first black model to ever walk in the Victoria’s Secret fashion show whilst wearing her natural afro hair and in 2017, she was the first African woman to feature on the cover of the American version of ELLE, 20 years after Sudanese model, Alek Wek in 1997, and yesterday she racked in another first, wearing an African brand on the pink carpet. Tiffany Amber becomes the first African brand to grace Victoria’s Secret pink carpet.

With an “African Queen” brief, the Tiffany Amber Couture team created a youthful strapless basil green dress in their signature torera hand-woven fabric which was styled with a gold turban and the highly coveted Imani belt .

Undoubtedly one of the biggest supermodels of African descent, Maria proudly represented her continent. She is a true African Queen.