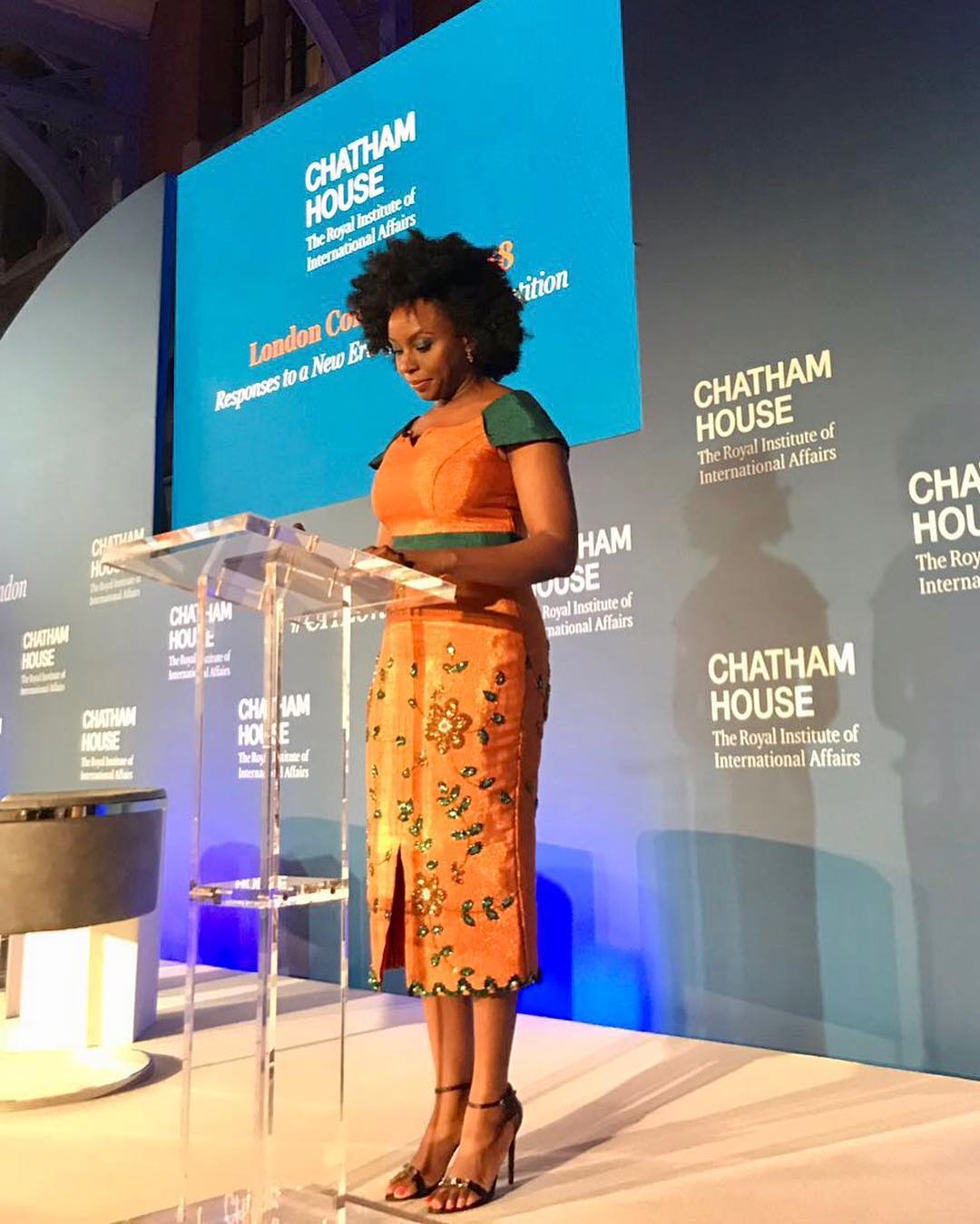 Adichie opened her speech by revealing to the audience that her purpose for gracing the stage was to demystify the “Chatham House thing”. She also touched on the perception of people to the issues that concern women feminism, racism, patriarchy and power, describing her encounter with an immigration officer she had earlier met.

In her closing remark, the award winning writer said, “I think men should read more stories by and about women. We know from studies that men read men, and women read men and women. Perhaps if men read more women’s stories, they would be more likely to see them as fully human and less likely to see them as objects that exist for the needs of men. Storytelling is the breath and final spirit of all knowledge”.

Watch her full speech her: