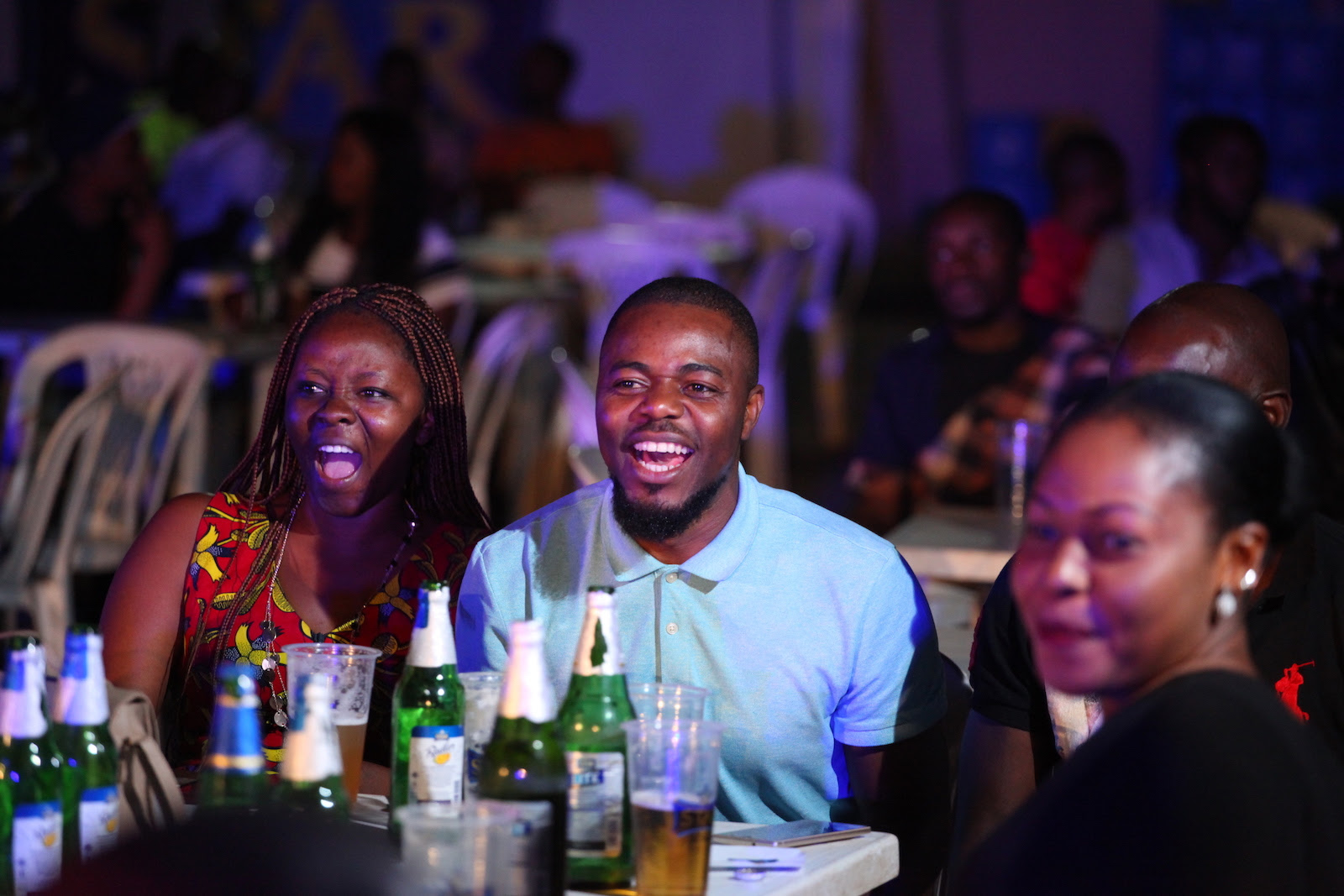 Following the success of Star Fan Park in Calabar during the game between Nigeria and Poland, Premium Lager beer and official alcoholic beverage of the senior national football teams, Star has extended its Fan Park, a unique live football and music experience, to Jos with a screening of the friendly match between Super Eagles of Nigeria and Serbia, which was played in London on Tuesday, 27th March 2018.

Football fans in Jos, the Plateau state capital, were treated to an exciting entertainment experience in the hours leading up to the match and even after the game. Beyond football, the much beloved DJ Neptune treated the hundreds of Super Eagles fans in attendance to an exotic mix of hit songs, with the audience singing along while enjoying their favourite beer.

As part of the Star Fan Park experience, fans were engaged in football-related trivia, quizzes and games with winners rewarded with instant prizes including refrigerators, generator sets and a flat screen television among several others. One of the lucky winners on the night, Ebong Sarah said, “It is an honour to have been chosen as one of the winners on a night we are supporting the national team. Star has been my favourite lager beer for a long time and I will always support the Super Eagles, no matter the result.”

Notwithstanding the scoreline, the Super Eagles team, which had been in great form for more than four months – a period which saw them defeat top-ranked teams like Argentina and Poland were relentless on the night and fought till the very end. The team also showed great improvement in several areas and would be expected to continue improving as they prepare for the tournament in Russia this June.

Over time, Star Lager beer, produced by Nigerian Breweries Plc, a Heineken Company, has been known for its support for football in Nigeria and fans of the game, having delivered outstanding consumer activations in the past, as well as major partnership agreements with national footballing bodies, including the NPFL in 2016, and the NFF and Super Eagles in 2018.

As the Super Eagles team continues their preparation for Russia 2018, passionate football fans across the country who are eager to cheer the national team to victory on the world stage will continue to enjoy the Star Fan Park experience of beer, music and live football action as we’ve seen in Calabar and Jos.