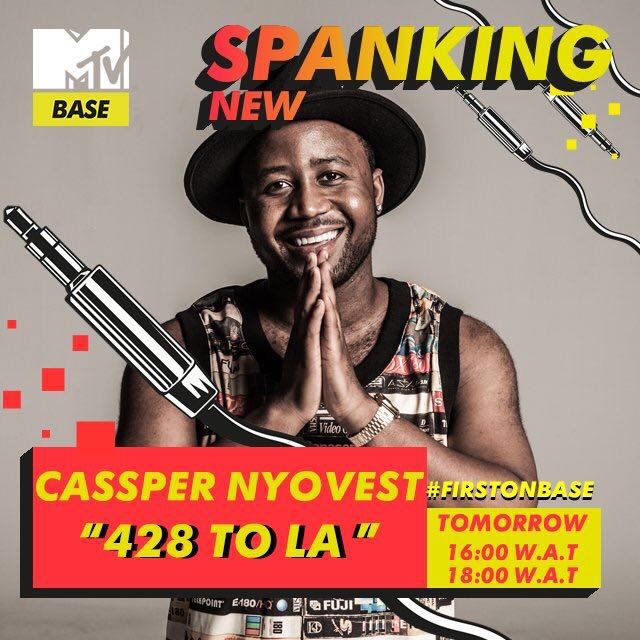 South Africa’s rap king, Cassper Nyovest has finally released the long anticipated video for his hit song 428 To LA. The super hit track which features Los Angeles’s finest, Casey Veggies and was produced by Anatii, blew up the airwaves in 2015, topping music charts for months.

The video was directed by Cassper Nyovest and Cidefx films and has been released exclusively to MTV Base on the 29th of July, 2016. However, it will be released on YouTube on Monday, the 1st of August,2016. The video is a depiction of Cassper’s journey to stardom. The movie-like video shows the rapper on a trip to Los Angeles from New York.

The song which is rendered in a combination of Swahili and English is the perfect definition of lyrical perfection.  The song embodies various themes but mostly centres on the rapper’s journey to fame and his enviable achievements. The traditional elements of rap such as lyrical rhyming and flow is not elusive in this song which is one reason the song enjoyed massive airplay in 2015.

Ultimately,  rap culture and its consciousness appears to have gained more grounds in Africa especially with the advent of fusing indigenous languages in rap as opposed to just English. This trend has undoubtedly propelled African rappers to world view. This style is also the message of 428 to LA as Cassper relates the success of his style of rap.