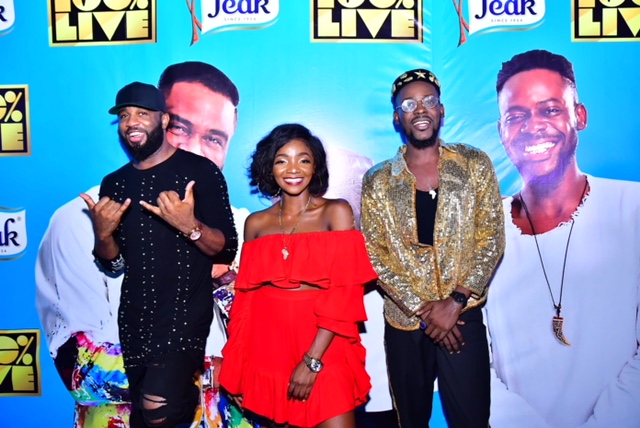 Upcoming acts, D-Truce and Sammy, kicked off the show and set the mood for the amazingness that followed. Praiz was the first of the headline acts to hit the stage. The singer who recently dropped an EP titled “2 Mins,” thrilled the crowd with a rendition of his hit songs, including ‘Sisi’, ‘Rich and famous’, and more.

Simi was next up. Supported by her Banjos band, she performed hit after hit from her increasingly rich disography starting with ‘Complete me’ and running through ‘Smile for me’, ‘Owambe’, ‘Aimasiko’, and ‘Joromi’.

Clad in a gold, sparkling outfit, Adekunle Gold hit the stage to round off the show. Backed by his band – The 79th Element – he took fans through his debut album, with songs such as ‘Ariwo ko’, ‘Sade’, and more.

There was an abundance of food and drinks for all as the merrymakers grooved to the tunes while soaking up the beautiful atmosphere.

One of the highlights of the night was when the three headliners came together to perform on stage. It was such a wonderful sight and fans have raved on about how they can’t wait for the next edition. 100% again!