Sign in
Home FEATURED Shutdown Lagos: OLIC4 was a hit; Buhari’s birthday gift should be a... 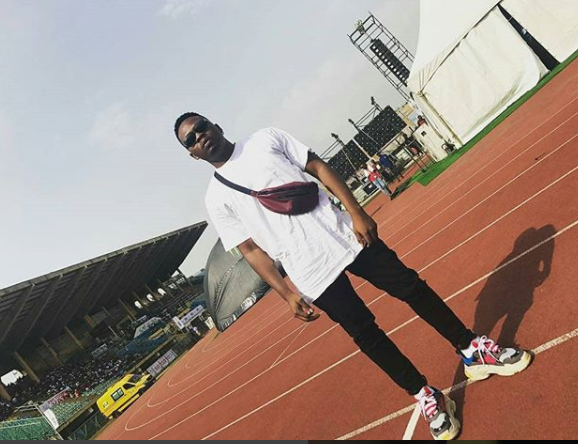 So when he called for a Sunday meeting with his audience at Teslim Balogun Stadium, they answered his call and in droves.

Conversations surrounding the heavy security at the event continued most of today and we cannot deny we’re truly impressed Olamide was able to pull this one off nicely.

What exactly is going on in the male folk?

The reports of rape, sexual assault and harassment have become overwhelming in recent months and it looks like very drastic measures should be enforced in punishing these abusers.

I just read the most grotesque thing happened in Sweden.

While she was being raped, the rapists poured lighter fluid in her vagina and set it on fire.

Who agrees with FFK?

It’s President Muhammadu Buhari’s 75th birthday today and as he receives congratulatory messages from all quarters.

One of his wellwishers is former Minister of Aviation, Femi Fani-Kayode who thinks (without any iota of bad blood) the best birthday gift the president can give Nigerians is his resignation letter.

I congratulate @MBuhari on his 75th birthday even though I disagree with him on virtually everything and I deplore his agenda and ways. I believe that he has been a disaster as Pres. and that the best birthday gift he can give the Nigerian people is his resignation letter.

Can we all talk about Bubu’s birthday cake though?

While FFK rants on and on about Buhari’s administration, we couldn’t help but notice this tweet that makes a very tangible observation from the President’s birthday outing today.

Can someone please explain what’s going on here?

How would you advise this man?

We do not know the man in this mess but we know it’s a sorry case and would never want to be caught in his situation.

Trust Nigerians to proffer solutions and give mostly unwarranted advice:

Not leave his home for another man. A wise man builds his home.
Forgive her.