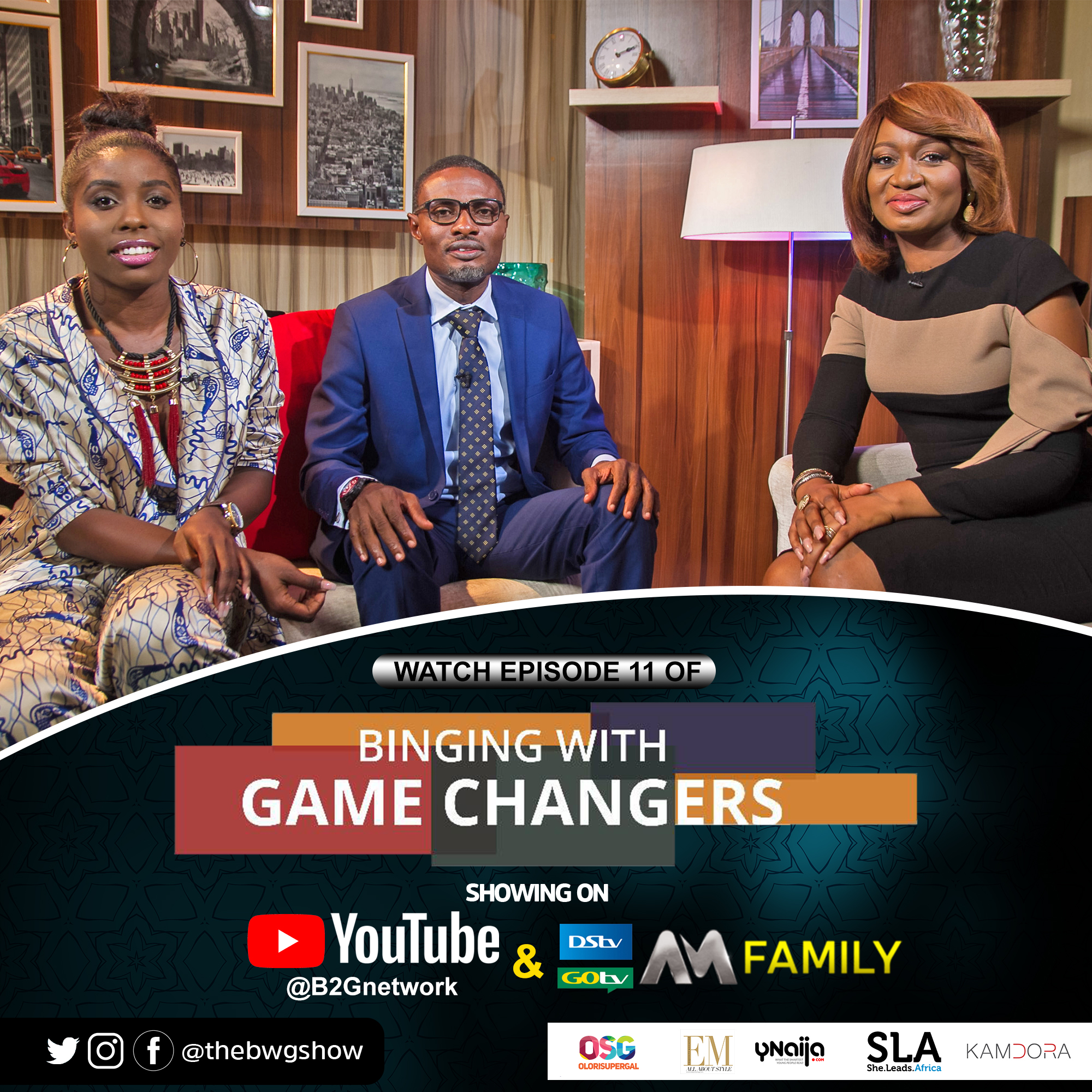 On episode 11 of talk show, Binging with GameChangers, Seyi Banigbe sits with a stylist and an accountant for a conversation that will thrill you, look out for the game they all play at the end.

Jane Michael is one of Nigeria’s leading fashion stylists. She is the founder of eponymous clothing brand, “Jane Michael Collection”, as well as the founder/dean of faculty of Nigeria’s first ever School of Styling.
Jane Michael has a Bachelor’s degree in Business Administration from the University of Lagos. She officially began her career as a stylist in 2009 when she became the in-house stylist for MTN Project Fame(a role she occupied for over 7 years).

Her passion for life and work has landed her the opportunity to style the biggest names in music, film; reputable music videos, magazine covers, runways and weddings.

Jane is an enigma and her interview with Seyi Banigbe is a must-see!

Yemi Abaolu-Johnson graduated from O.A.U and is the founding partner of BVS Professional Services. He is an accountant, risk manager and consultant.
Prior to starting BVS Professional Services, Yemi gained experience working with multinational firms such as PricewaterhouseCoopers, Deloitte and Maersk but he now competes with the type of firms that once hired him.

Yemi appears quite unassuming but is doing what many others only dream about in the consulting space.