Sign in
Home LATEST STORIES PEOPLE & CULTURE Seun Onigbinde is example of what one person can do to make... 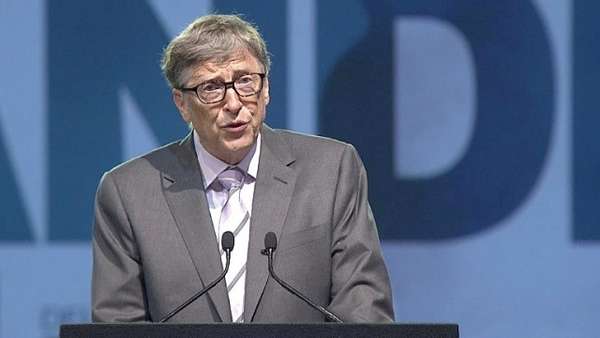 Africa’s future rests in the hands of its youth – and every effort must be made to ensure they thrive, philanthropist and entrepreneur Bill Gates said in South Africa yesterday.

Delivering the 2016 Nelson Mandela Annual Lecture at the University of Pretoria (Mamelodi campus), Gates said he was optimistic about the future of the continent – because of its young people.

Pointing out that Africa was demographically the world’s youngest continent – in the next  35 years, it is estimated that 2-billion babies will be born in Africa and by 2050, 40% of the world’s children will live in Africa – Gates said he believed Africa’s youth “can be the source of a special dynamism”.

Gates who spoke on the potential of Africa’s youth to make a difference recognized the efforts of the BudgIT Founder, Seun Onigbinde in sensitizing the people about the Nigerian government’s expenditure.

“A lot can be accomplished by focusing on fiscal governance and accountability. Here in South Africa, the government gets strong marks for the budget information it provides to the public. The International Budget Partnership, an independent monitoring organization, also ranks South Africa highly for its oversight of government spending.

“But sometimes, it takes individual citizens to lead the way. Thirty-year-old Oluseun Onigbinde gave up a career in banking five years ago to devote himself fulltime to pulling back the curtain on Nigeria’s federal expenditures.

“Savvy in the use of data and social media, Onigbinde founded BudgIT Nigeria, a website that provides facts and figures the average Nigerian can understand. Onigbinde is no doubt a thorn in the side of some of Nigeria’s elite. To me, he is an example of what one person can do to make a difference.

“The machinery of government is still relatively new in many African countries, and it’s important that as the institutions of governance mature, they don’t just try to mimic how things are done in developed countries,” said Gates.