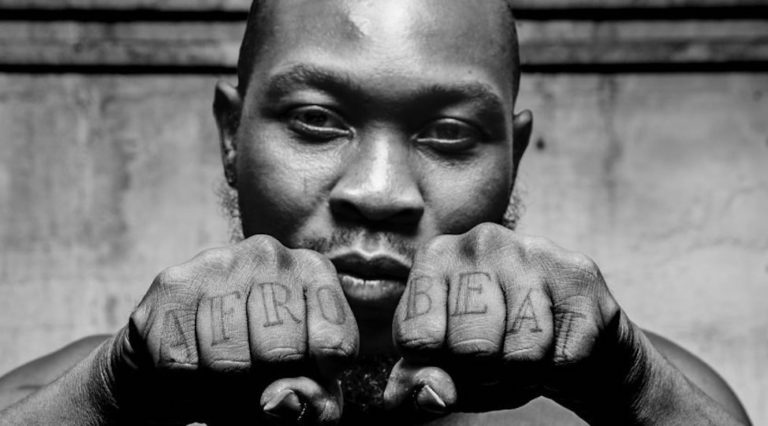 Afrobeat performer, Seun Kuti and his band, Egypt 80 have been nominated for the 2019 Grammy Awards.

The album was released in March 2018.

Rapper, Kendrick Lamar earned the most nods with eight nominations followed by Drake with seven.

The 2019 Grammys will hold on February 10 in Los Angeles.

Hopefully Seun Kuti brings it home , will be awesome

I am so excited reading about Seun Kuti’s Grammy nomination. Hopefully a Nigerian get to win it for the first time in history.

I said it! Seun Kuti is carrying us through. Next stage up! #GRAMMYs pic.twitter.com/mnAUSnKiQ4

Recall that Television Continental presenter, Morayo Afolabi-Brown while on breakfast talk show, Your View portrayed her husband as a pedophile when she declared she could not let him bath their daughter?

We gave you all the juice here.

Well, Morayo may have gotten a strong warning from her tainted husband as she returned to the show on Friday morning apologising for her use of words, in tears.

#AdForumCo
TVC presenter Morayo Afolabi-Brown tearfully apologises to her husband over the controversial statement she made over having him bathe her daughter. pic.twitter.com/6q2sULmXZB

Apologies may have been accepted at home, but not on social media. A few are clearly still mad:

you portrayed your husband as a pedophile on LIVE tv today, you come back the next day crying and apologizing. Shout out to Solomon Grundy.

This weekend, Family meeting loading with someone kneeling in the Centre…. 🙈

After accusing her husband on live TV, Morayo Brown came back with tears this morning to apologize, seem Mr. Brown isn’t having any of it at home. pic.twitter.com/yHMRr89tIU

It has been a ride laced with hit tracks and the singer says it is time to move on:

Nigerians on social media are taking it quite well:

The way Reekado Banks left Mavins is just classsss, leave your label without having any misunderstanding with anyone there, leave with joy and lastly wish them good. Every artiste should follow this step it makes everything easy.

With the exit of Reekado banks Mavin is left with only Tiwa Savage.

We’ll let you ponder on this through the weekend:

Feminists want the power of Men , the privileges of women And the Responsibilities of Neither ..