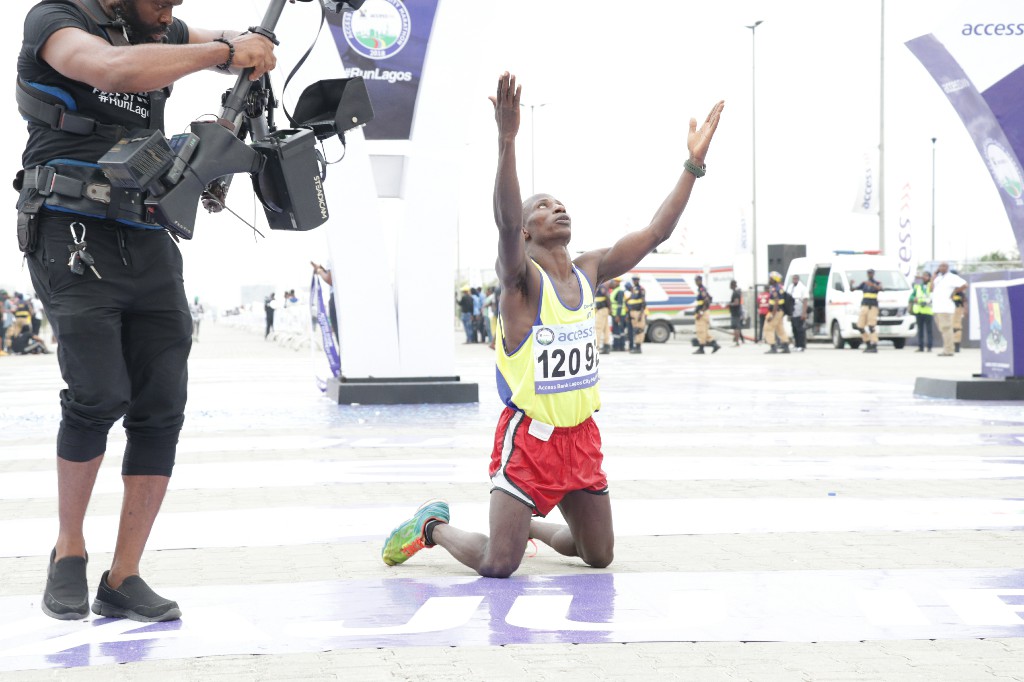 On Saturday, 10 February, Access Bank showcased another world-class marathon as a record 165,000 athletes selected from across the continent battled for prizes at this year’s edition of its Lagos City Marathon.

An impressive number of 125,000 athletes, including notable international marathoners, contested for the $50,000 prize money in the 42km-long race while over 40,000 participants took part in the 10km family race.

With increase of N2 million in the 2018 edition, Ilya Pam and Deborah Pam were rewarded with N3 million each, as they emerged first place in the Nigerian male and female category respectively. Nigeria’s Rose Akucho and Sajo Ismaila also won the top prize of a brand new car in the 10km race.

Speaking before the event, the Group Managing Director, Access Bank Plc, Dr. Herbert Wigwe, emphasized the bank’s immense pride as a title sponsor of the Lagos Marathon, stating that the event is an opportunity to highlight the importance of adopting a healthy lifestyle.

“Our approach to advancing Nigeria’s blossoming drive for health and fitness, through the Access Bank Lagos City Marathon, also reflects our capacity to create value for stakeholders. We have made it our responsibility to encourage the general public in the adoption of lifestyles that promote good health and well-being,” he said.

Speaking during the prize presentation, the Executive Governor of Lagos, Akinwunmi Ambode, reiterated the need to support Nigerian marathon runners, as he stated his intention to invest in training of the athletes in order to improve their performances for the 2020 edition of the marathon.