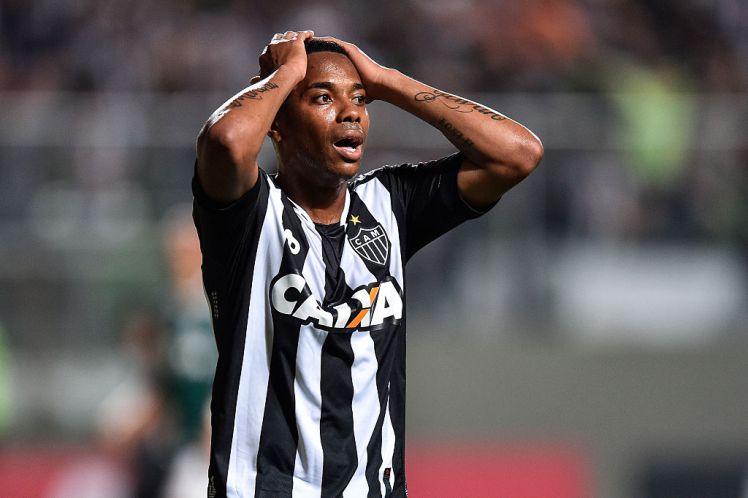 Robinho has just been jailed for sexual assault

Sexual abusers will no longer be let off in these times, it appears.

Former Manchester City footballer, Robinho has been handed a 9-year sentence after being found guilty of sexually assaulting a 22-year-old lady in a Milan night club in January 2013.

The Brazilian football star who played for AC Milan at the time will not be heading to jail until his appeal process is finalized and that could take years.

Either ways, Robinho is in trouble!

TwitterNG is crying over 4k

Your favourite ‘tweeps’ are at it again.

So this Twitter user took herself on a treat, spent a total of N4,000 and took to Twitter to share a breakdown with a message: “Don’t be needy, take yourself out”

“Mimitracy‏ @T_oluwani So yesterday I took myself to the cinema ticket:800 ice cream:500 popcorn:800(which poured after I ate little from it) Sharwama:1100 pulpy:400 tfare :400 So I spent 4k on myself yesterday and I didn’t die So stop waiting for a guy to take you out,Don’t be needy Take yourself out”
TwitterNG users have been divided over the issue as some claim the amount is a bit too meagre to brag about while others think 4k in the current economic state is quite some.
See the reactions:
“#NotInCourtRoom502‏ @CheRox Babe spent 4k on herself and she sent 280 characters admonishing fellow women… if she spends my spa bill on herself now, it’s to write a trilogy of books abi?”
“IYA ONI JERSEY  👑 👑‏ @The_Ronke Same people saying 4k is small are the same ones begging for 5k inside dm”
“Mr. Jack Robinson‏ @jackdre02 Are you guys angry about the fact that she’s telling you she took herself out or that 4k is not something to brag about?“
The moment Hon Dogara met Pope Francis

“How is Nigeria and how are you working for the peace of Nigeria? I pray for the peace of Nigeria and pray for me also,” Pope Francis said to Speaker of House of Reps, Hon Yakubu Dogara.
If the Pope is praying for Nigeria, we wonder why you’re not.
Just come and be going, Mugabe
Days after he announced his resignation from the office he held for 37 years, former Zimbabwean president, Robert Mugabe has been declared immune from prosecution.
Government sources say Mugabe had stated as part of his resignation negotiations that he wanted to die in Zimbabwe and didn’t want to be sent on exile.
So yeah, he gets his dying wish. We’re not mean. The man is 93.
And PinkiDebbie breaks a world record…

Young Nigerian dancer, Pinki Debbie attempted to break the Guinness World Record for longest dance marathon by an individual.
She set out to dance for 7 days, kicked off at the Palms Shopping Mall in Lekki on Friday and has now broken the set record of 5 days and 3 hours.
Guess what?
Pinki Debbie has, as of today, broken that record and she is not stopping as she intends to set a new one. Go girl!!!