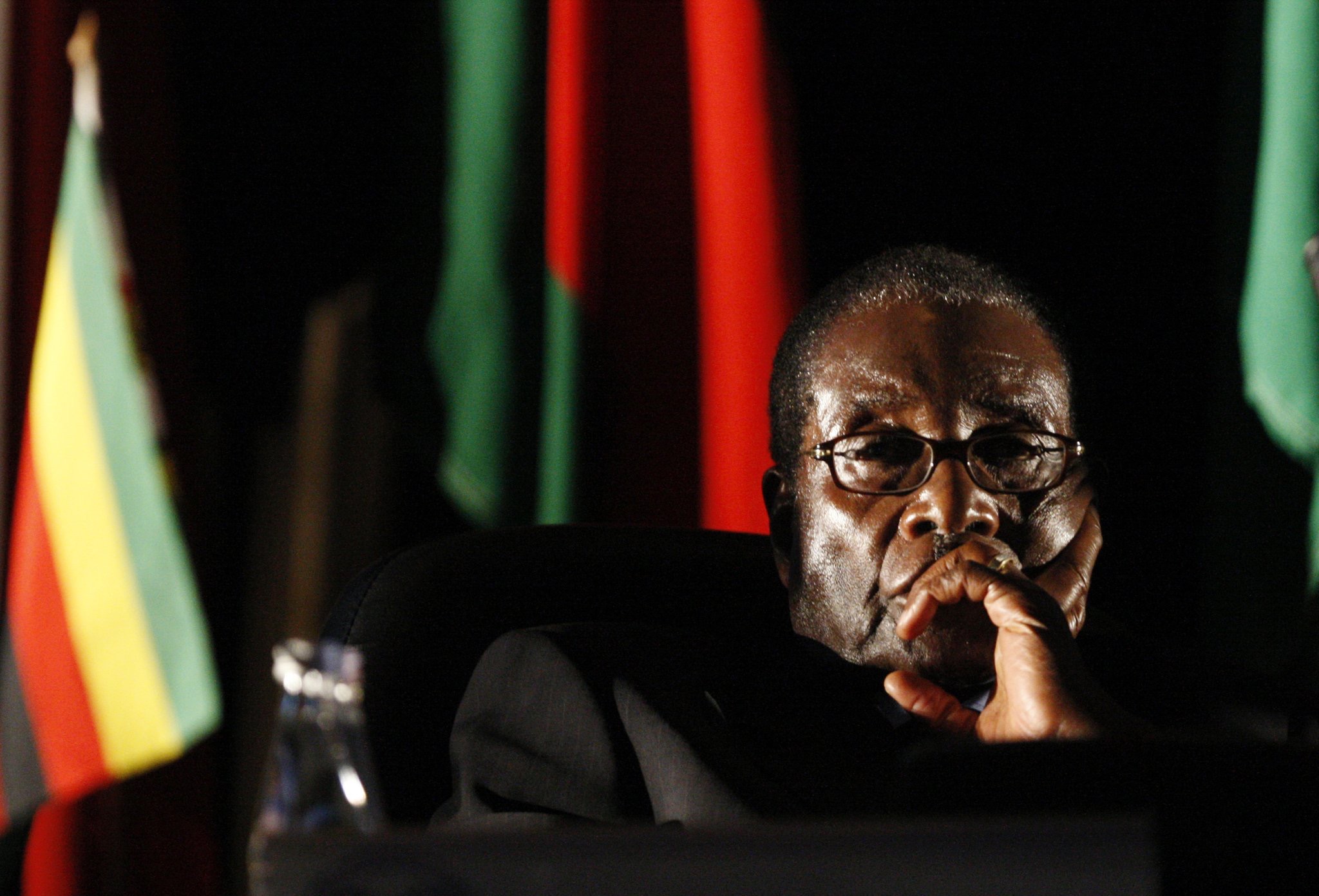 What did we do to deserve Solomon Dalung?

Or rather, where did we go wrong as a nation to ever earn ourselves the disaster that is Solomon Dalung?

After months of noticeably staying off public microphones and cameras, the Sports Minister returned with a fresh dose of balderdash. In a 14-second clip that went viral on Twitter and Instagram, Dalung while speaking on the Super Eagles’ victory against Argentina said:

“Argentina is one of the highly ranked football association in Nigeria”

What exactly is our offence as a nation? What?

There have been conflicting reports trickling in from Zimbabwe all day.

Recall that two days ago, there was a military takeover in the country that forced 93-year-old president, Robert Mugabe into a house arrest. It was reported as a coup d’etat typical of African states but the Zimbabwean military insisted they had alternate plans.

As of today, we’ve been told that Robert Mugabe has refused to resign his position as President after meeting with military generals.

Breaking news: impeccable sources in Zimbabwe have confirmed that Robert Mugabe is on his way to exile in South Africa…

This appears to be legit as some Zimbabweans have been seen on Twitter celebrating the end of Mugabe’s 37-year reign.

On what would have been his 87th birthday, Google celebrates literary icon, Chinua Achebe with an image that pays homage to the elements of his works.

The father of modern African literature is most famously known for his book, Things Fall Apart that was published in 1958 when Achebe was only 28.

Lying about the claims that your government forcefully converted messengers and carpenters into teachers.

We sincerely hope that this is not true.

Days after assuming hero status for his decision to sack nearly 22,000 primary school teachers in Kaduna who failed a primary 4 test woefully, it looks like the Governor El-Rufai may have a case to answer.

The Nigerian Union of Teachers (NUT) is saying that the scripts El-Rufai shared on the internet were those of illiterate labourers in the state who were forcefully converted to the teaching profession.

It sounds an irrational thing to do so we hope El-Rufai can refute the claims with proof.

Between Shatta Wale, Dammy Krane and a Starboy who can’t be bothered

Where does one even start from?

Ghanaian raggae/dancehall artist, Shatta Wale in a radio interview aired his opinion of Wizkid. He said “there is nothing extraordinary about the Starboy, even though he claims to the best African artiste”.

Nigerian act, Dammy Krane who recently got acquitted from a credit card theft case approved Wale’s stance and tweeted, “I stand by you my g @shattawalegh Real things we deal with …. No Fake Hype!!! ”

Great stuff! Until Nigerians – team Wizkid or not – reacted.

Wizkid's 'Sounds from the other side' is bigger than Shatta Wale's career..The only thing on Shatta that's bigger than Wizkid is his lips..Tell him to sit down!

Who is this Shatta Wale everyone is talking about? 🤔

RETWEET if you have never heard his song & will never listen to it even in your dreams.