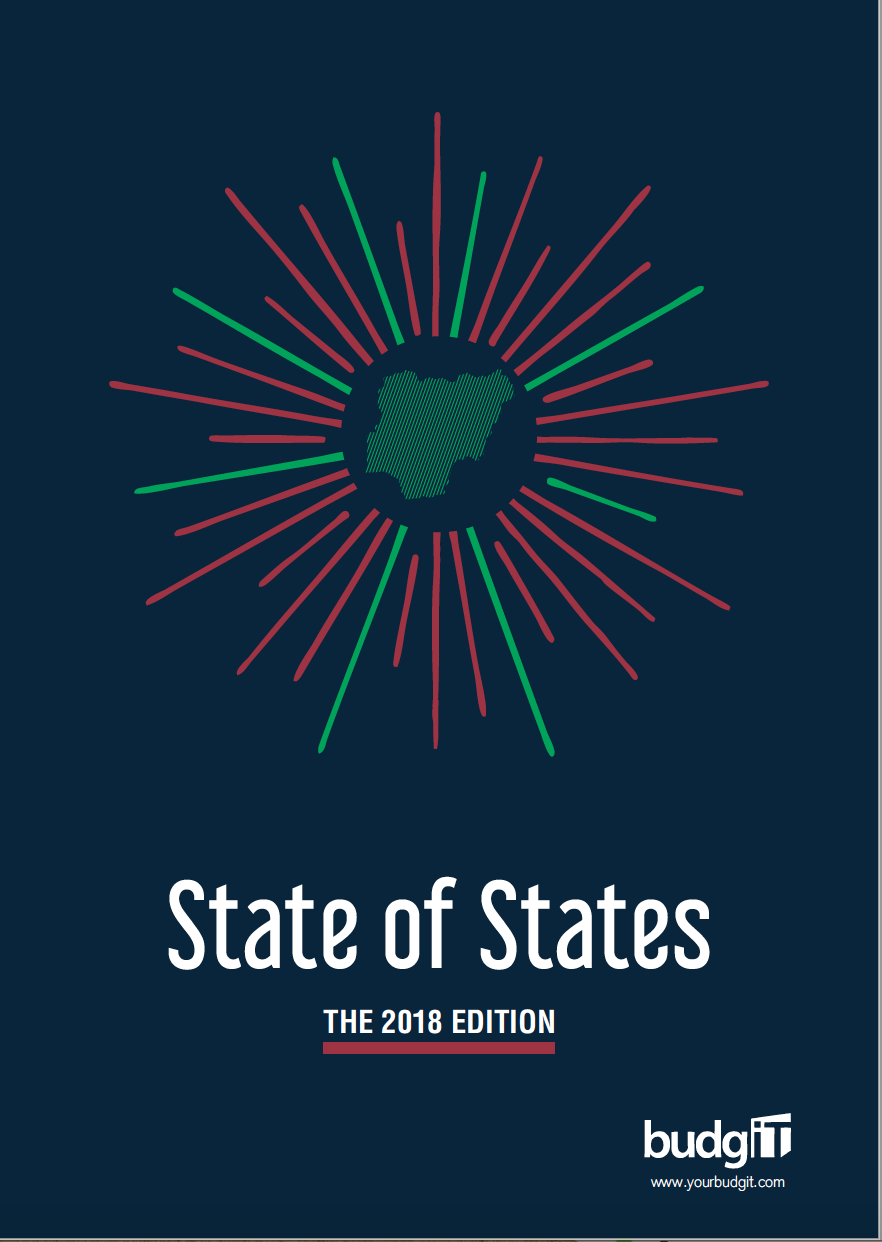 BudgIT recently analysed the fiscal condition of states and noticed that states fiscal account generally improved on the back of increasing oil revenue.  It was critical that State governments embrace a high level of transparency and accountability, develop workable economic plans, take haircuts — especially on overheads — expand their internally generated revenue (IGR) base, and cut down on debt accumulation without a concrete repayment plan.

Rivers, Bayelsa, Delta, Akwa Ibom, Lagos, Edo and Ondo sits on top of the BudgIT’s Fiscal sustainability index due to their robust revenue profile and manageable recurrent expenditure obligation. BudgIT also sees a commendable appearance by the states with low expenditure outlay and sizeable debt such as Anambra, Enugu and Katsina. We also noticed that Abia had tightened its recurrent projection, providing it with the opportunity to leap on our sustainability rankings.

Lagos dropped from 2nd to 4th place on the fiscal Sustainability index notwithstanding the state’s economic advantage. Lagos’s internally-generated revenue, when compared to many of its peers, is relatively high. Her IGR as at the end of 2016 was N287 billion, from 2015 levels of N268.2 billion. In 2018, the State is planning a Recurrent expenditure spending of N305 billion or N25 billion monthly. With its IGR not expected to grow significantly above N300 billion, while its share of revenue from FAAC in the first six months of 2017 was N6.6 billion, Lagos overheads cost and debt which is unusually elevated weighing down on its revenue and its performance on the 2018 fiscal sustainability index.

BudgIT is extremely concerned with the poor fiscal management thinking in Cross River with its bogus budget plan of N1.3 trillion, which severely weighed it down on the index. Our research also showed that Osun State is not out of the woods as it still ranks 35 out of the 36 states.

The Research concludes that States need to look beyond rhetorics and commit to a reduction in its operating costs, including significantly slashing its unreasonable overheads bill while freeing up more spending for social and economic infrastructure. States also need to link future borrowing to sustainable projects, which can pay back the capital cost of its current loans and improve the overall income profile of the state.

Economic planners at the state level are also advised to improve tax collection efficiencies and realign budgeting with statewide plans. Significant investment is needed to improve the overall economic performance at the state level, which invariably could create jobs that feed into states’ internally generated revenue. Improve spending is also critical for value-added tax revenue. Export Opportunities in aquaculture, agriculture, manufacturing, trade, logistics and tourism abound across states, but it seems states lack the rigour and foresight to explore them.