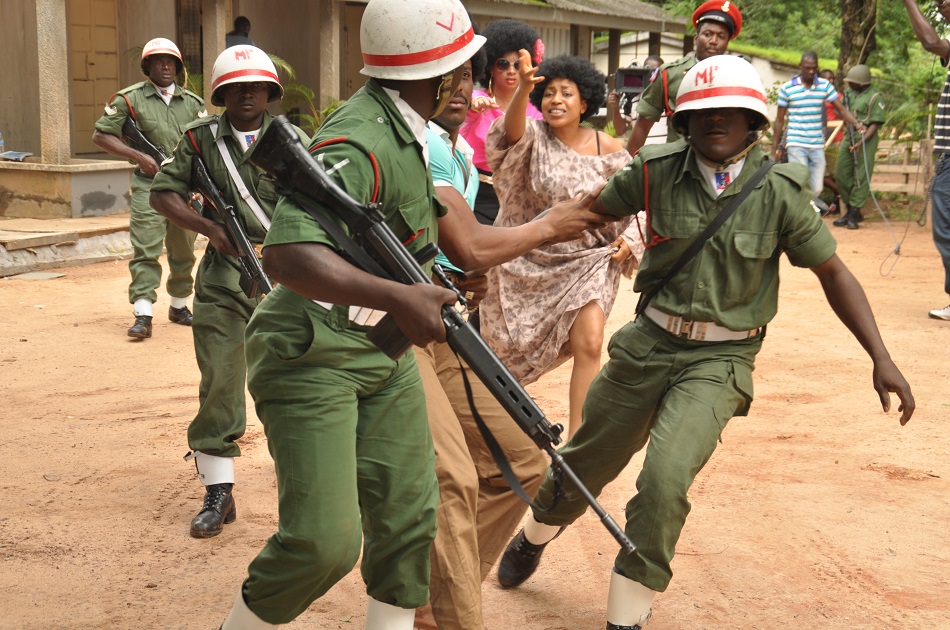 Rita Dominic stars in one of the most ground-breaking movies of the past year ’76 which is one of the few global entries that have been selected as eligible to enter the Grolsch People’s Choice Award at the Toronto International Film Festival. Past winners of this award include Oscar winning movies like 2015’s ‘Room’, the box office hit ‘Slum Dog Millionaire’, ’12 years a slave’ which starred Chiwetel Ejiofor and Lupita Nyong’o and ‘The King’s Speech’ which starred Nigerian born ‘Colin Firth’.

In the movie, Rita Dominic plays a heavily pregnant woman whose life crumbles when the news of her husband’s involvement in a botched military coup hits the headlines.

The critically acclaimed film which is already receiving international festival awards buzz also stars Ramsey Nouah, and Chidi Mokeme in a gripping drama set against the backdrop of the attempted 1976 military coup against the government of General Murtala Mohammed. ’76 is directed by Izu Ojukwu and produced by Adonijah Owiriwa and Prince Tonye Princewill.