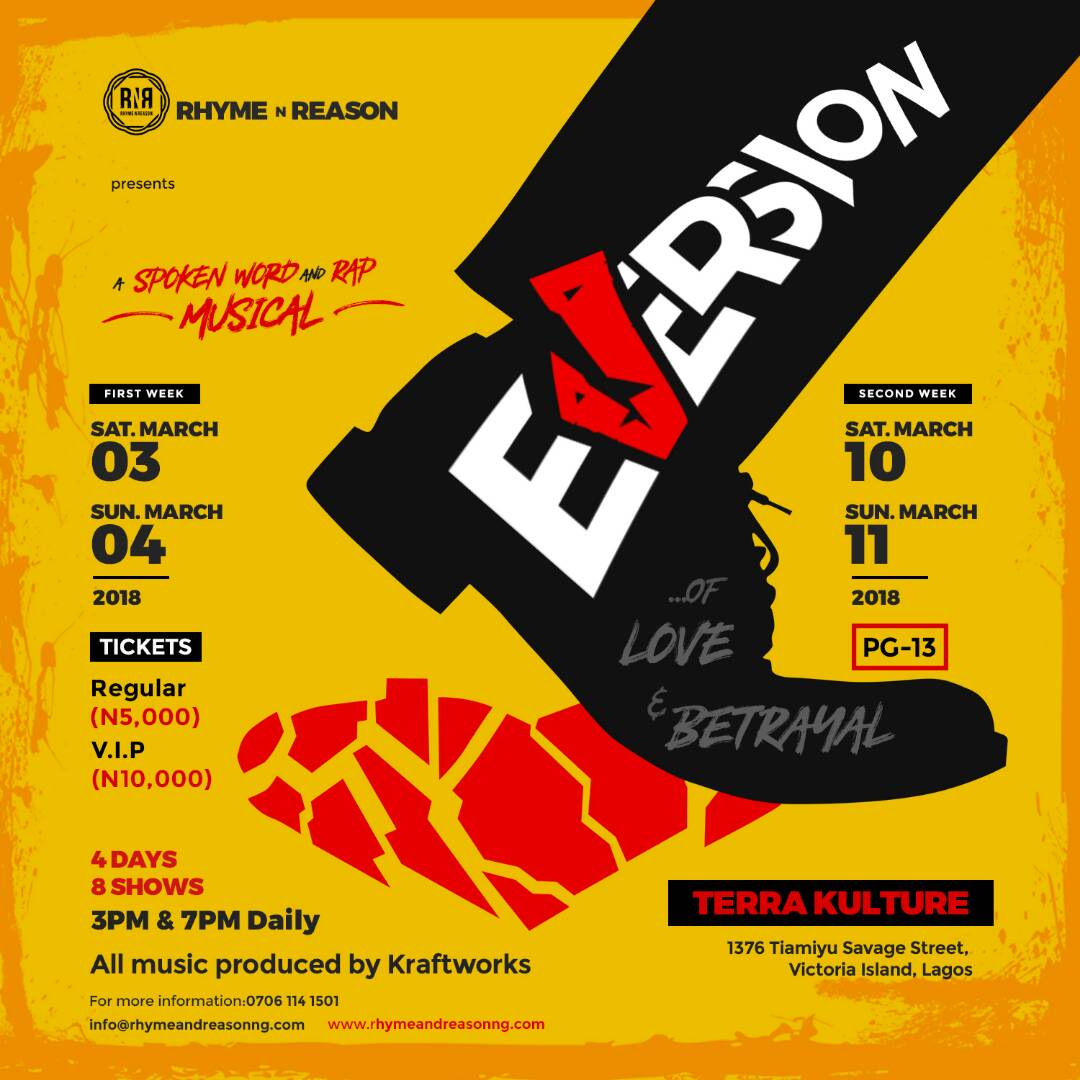 The 2018 edition of ‘Eversion Musical’: the first of its kind musical satire performed through spoken word and rap will hold at Terra Kulture, Victoria Island, Lagos on the 3rd & 4th of March, then 10th & 11th of March, 2018.

Organisers, Rhyme N Reason who made the announcement earlier this week described ‘Eversion Musical’ as an avenue to showcase the resplendence of dance, rap and spoken word to the Nigerian audience through a robust production deeply ingrained in literature. The show has also been described as a conscious effort to acquaint and proliferate the general audience with literary elements.

Speaking on the upcoming edition of ‘Eversion Musical’, the show’s founder Atilola Moronfolu said, “This edition of ‘Eversion’, while highly entertaining, is really special – a lot of topics will be heavily addressed in the performances such as the basis of morality, social vices, politics, amongst others. The actors have been rehearsing for months and are ready to deliver a show of a lifetime so I believe it’s going to be a very interesting experience.”

The 2018 ‘Eversion Musical’ will mark the fourth edition of Rhyme N Reason since the debut in 2014 which recorded a huge success with massive attendance.

Reports reveal ‘Eversion Musical 2018’ will introduce new features/segments of the show; an attempt to make it an improvement over the previous edition held in 2017.

Tickets are available for sale here: bit.ly/rhymenreason and can also be gotten at the venue – Terra Kulture.

Follow conversation on social media via #Eversion2018 and #EversionTheMusical