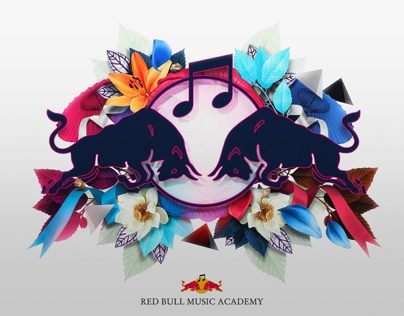 The Red Bull Music Academy Sessions Lagos, the first ever session in West Africa, took place on the 14th and 15th July 2017 at venues around Lagos. #RBMALAGOS hosted workshops, lectures, listening sessions and after parties and they were all a huge success.

The Red Bull Music Academy is a recognized global music institution committed to fostering creativity in music. The world traveling series of music workshops and festivals offers an exciting platform for those who want to make a difference in today’s musical scene.

The first session, hosted by Osagie Alonge, began with Nigerian RBMA Alumni, Dj Klem and Kraftmatiks, as they shared their experience at the Red Bull Music Academy in London 2010 and New York 2013 respectively. They had a bragging session about the household names in the music industry they met. Hats off to Kraftmatiks who met the most in New York including QTip, Quest Love, and Just Blaze. Their RBMA experience they both admitted were live changing experiences for them.

The listening session was an avenue to give critical feedback on unfinished music of the participants and to give advice on what they could improve on. However, the piece of advice that remained constant from one panelist to the other was – “to remain true to yourself and your craft.”

Seated in the room were young, vibrant artists with raw talent in Nigeria just waiting to be uncovered.

At this session, there were a lot of exciting notable moments of learning, fusion of musical styles and genres that were mind blowing and it was an atmosphere filled with creativity.  Beat FM’s Gbemi made mention of seeing herself playing some of this music on the radio as they were!

The best of the music at the listening sessions will be added to the Beat FM playlist and shared with the world.

The award-winning singer songwriter Nneka shared her story, the barriers she faced as a woman in the industry, language barriers and how she conquered to become the artist she is today. How people expected her to sing as she got on stage as a female artist but she would take the mic and then rap.

After a full day of inspiration and learning, outdoors at Bogobiri was transformed into a block party with mood lights and strobes that were reminiscent of a night out in Ibiza.

Palm wine flowed and guests let loose on the dance floor almost forgetting that they were in Lagos. Blinky Bill expressed how excited he was to be introduced to Lagos nightlife and he couldn’t have had it any better. He was joined by Ekiti Sound System and then our favourite Lagos disc jockey, DJ Obi.

One of the key elements of RBMA is that it creates a collaborative community. Rumour has it that Blink Billy spent some time in the studio with CHiF (Ekiti Sound System) and also Nneka with Funbi and Poe, we are excited to hear what magic sounds like, when East meets West.

If you are a music creator, artist, producer, DJ, please be encouraged to apply for The Red Bull Music Academy Berlin 2018.