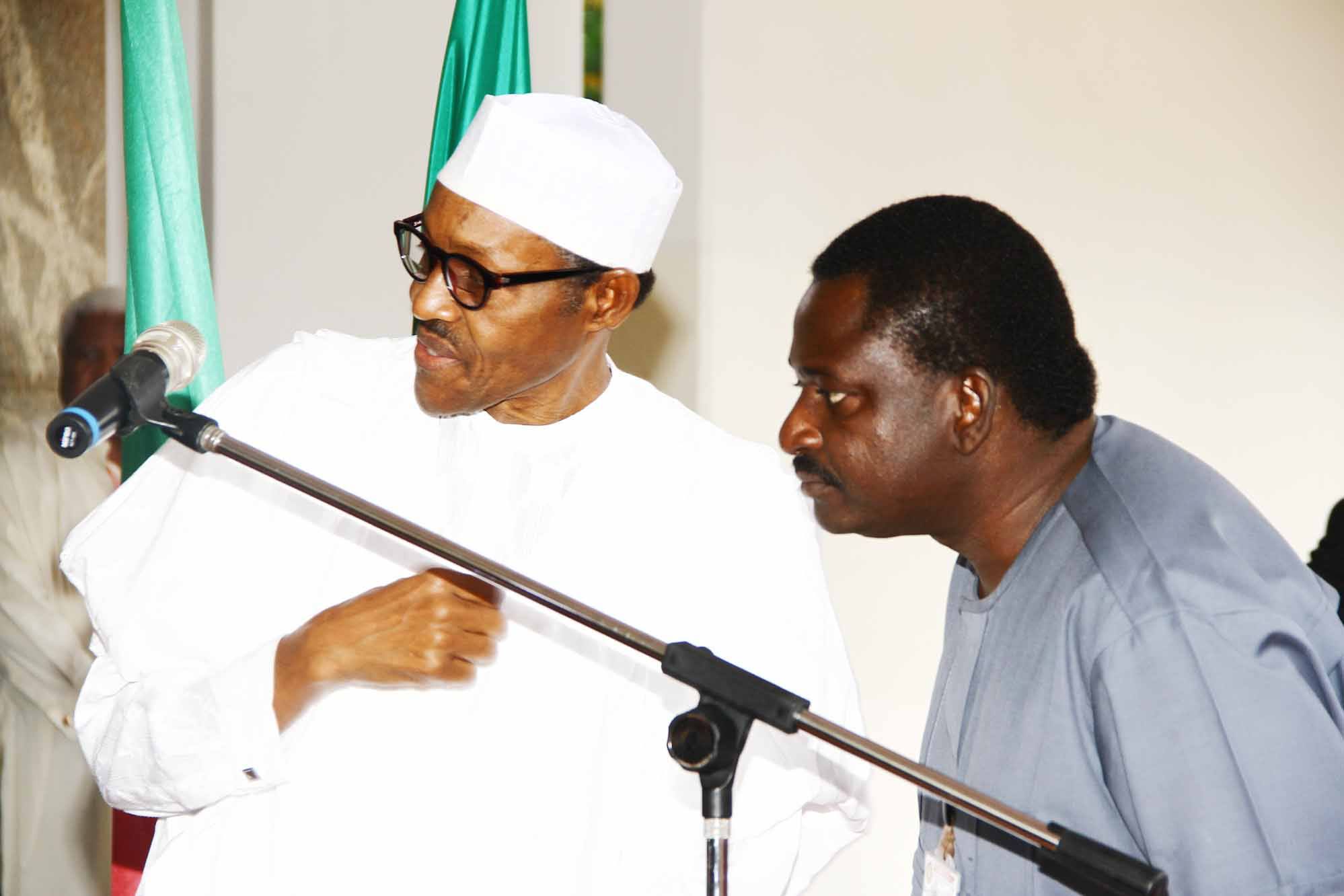 Not like anyone was expecting more but the Special Adviser to the President on Media and Publicity, Femi Adesina really did shoot himself and his boss in the feet again.

While he visited Benue on Monday, President Buhari claimed to be unaware the Inspector General of Police, Ibrahim Idris flouted his orders to relocate and remain in the troubled state till calmness was restored.

Following the backlash that trailed Buhari’s ignorant utterance, Adesina defended the president in a radio interview earlier today saying, “It just tells you that the president is not omniscient”.

He added,”As president and commander-in-chief, he has other channels, but it doesn’t mean that he gets every information under the sun.”

In another interview, Femi Adesina compared the number of the abducted Dapchi girls to the Chibok girls that suffered the same fate under former president Goodluck Jonathan’s administration. He referred to the current number as “Only 110 girls”.

Still trying to understand what made Femi Adesina think it's ok to discuss Chibok vs. Dapchi abductions in relative terms based on the number of girls taken…

Femi Adesina is not evil, he is not wicked, he is not insane nor is he inhuman, he is something deeply, terribly worse.. There is no word for it…

I have always said and i will repeat this again today… Femi Adesina has lost all integrity… One of the worst spokesmen in the history of this country. 2nd only to Reuben Abati. However, with the way things are going he will ursurp Abati to the throne…

Femi Adesina says 'just 110' girls were kidnapped under Buhari's administration.
Describing the #DapchiGirls as 'just' is another form of madness.

He whom the gods want to kill, they first make mad.

US Secretary of State, Rex Tillerson was fired and he found out on Twitter

Tillerson’s exit is amusing for many reasons.

First, he was in Nigeria only yesterday discussing foreign policy with President Buhari.

Second, he was hinted by White House Chief of Staff, John Kelly to watch out for a presidential tweet about him on Tuesday. He had no idea what the content would be, he had no inkling he would read his sack letter via Twitter with millions of Americans.

President Buhari is quite the messiah in the North

And these tweets are a confirmation…

This morning in Kano, my cab driver was telling me that Buhari is so incorruptible & honest even as president which is why his son Yusuf had an okada accident, not car accident. Because the children can’t afford their own cars.

A friend told me that we're the ones deceiving ourselves. That in some parts of Northern Nigeria, gist being spread is that PMB not corrupt to the point that his children can not buy cars. That's why Yusuf fell off an okada.

Although a number of Buhari loyalists have attacked these Twitter users for recycling an old tweet, we still think these tweets are a reflection of the level of ignorance and brainwashing that prevails in Northern Nigeria.