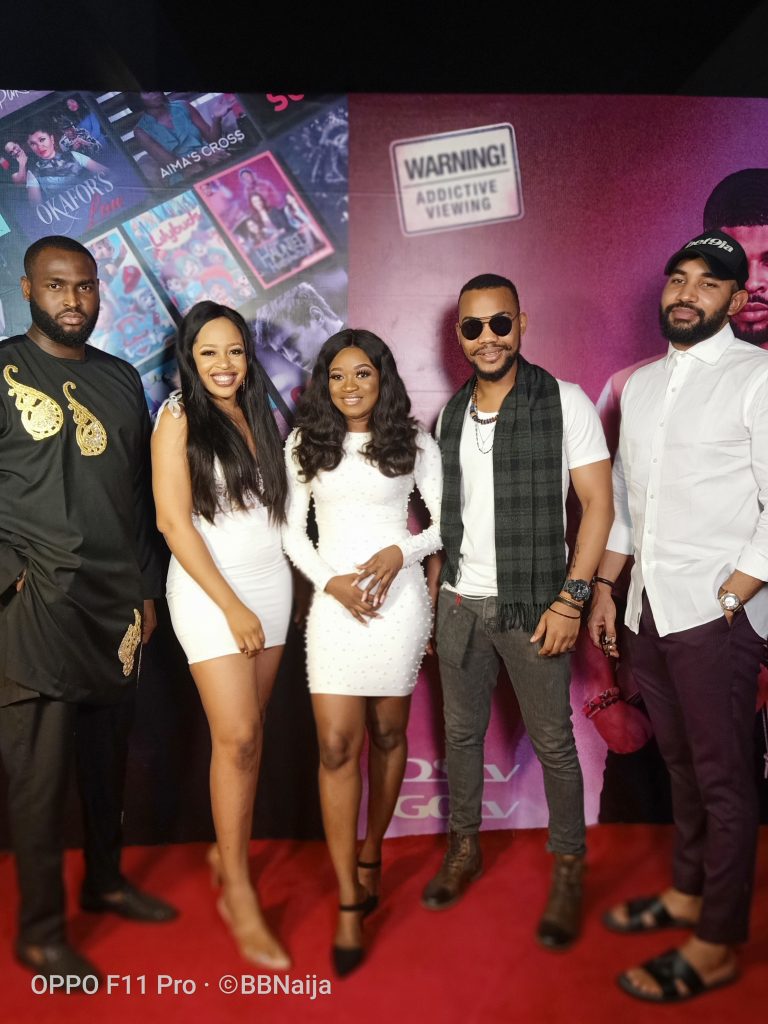 The former housemates smiled excitedly throughout the night as they couldn’t believe the amount of love, cheers and affection being shown to them by OPPO with the gifts and the Mascot, Ollie.

It was dance, dance, dance all through the night as DJ Kentalky kept fueling the atmosphere with only the hottest music which kept guests on their toes from start to finish.

While presenting the phones to the Former #BBNaija Housemates, Nengi Akinola, Marketing Manager, OPPO Mobile Nigeria advised them to leverage passionately and tirelessly on the current limelight they enjoy and also use the OPPO F11 Pro smartphones as tools to further portray themselves in the best possible light, as they chase their dreams to be the best version of themselves.

There is still more to come as the winner of this #BBNaija ‘Pepper Dem’ season is set to go home with a cash prize of N30 Million, a new OPPO smartphone and other prizes to the value of N60 Million.

The OPPO F11 Pro is available at N139,000 for purchase on Jumia, Konga, POINTEK, SLOT and other accredited dealerships nationwide. Other models such as the A5s, A1k and A3s are also available for sale nationwide.

Follow @opponigeria on Facebook/Instagram and @oppomobileng on Twitter to win tickets to the next #BBNaija Homecoming party with OPPO Nigeria.