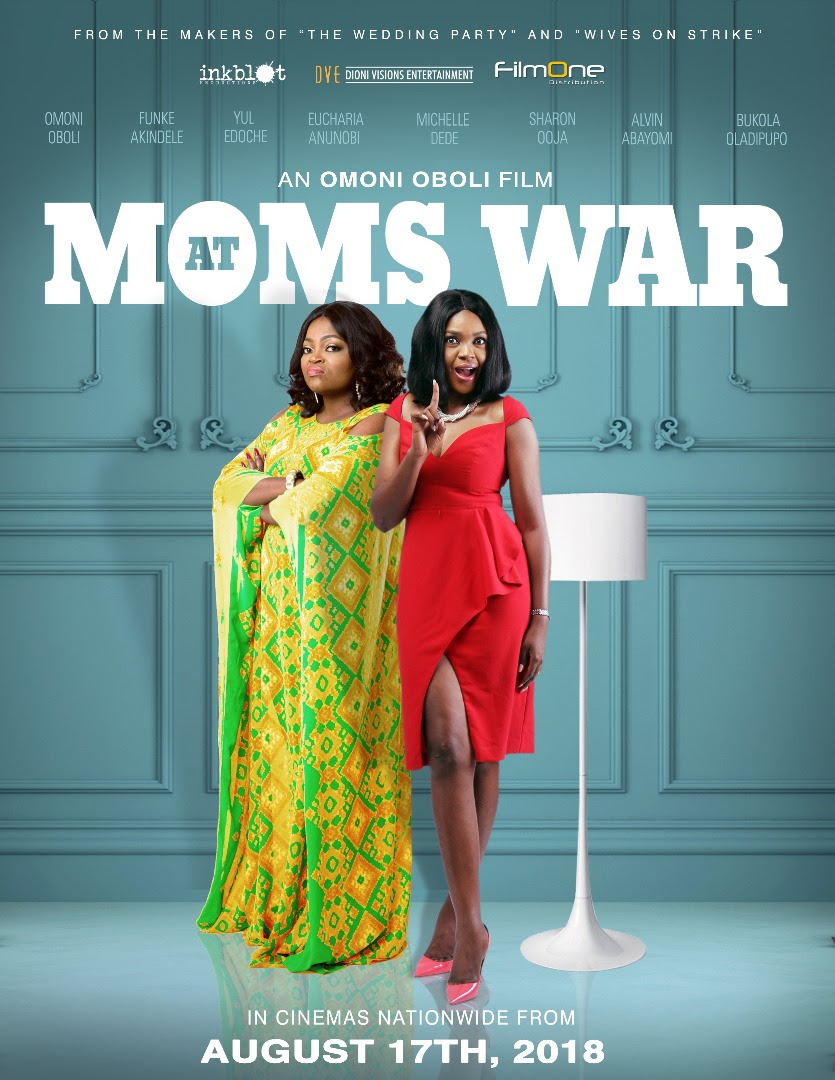 The collaboration of Inkblot, Dioni Visions, and Film One have announced the release of new drama-comedy movie, Moms at War. Starring Funke Akindele, Omoni Oboli, Yul Edochie, Eucharia Anumobi and Yul Edochie, Moms at War is set to hit Nigerian cinemas this August.

Moms at War tells the story of Olaide and Ebubechukwu two mothers who would do anything for their children. Omoni Oboli stars as Ebubechukwu, a posh career woman who was born with a silver spoon and expects her only daughter to follow in her footsteps. Funke Akindele stars as Olaide, a self-made woman who built herself up from nothing to raise her son and give him the life she did not have. With their children competing for a place in a prestigious scholars program, everything starts to derail as the mothers go head to head to ensure that their own child wins.

CEO of Film One, Moses Babatope says, “Having had many successful collaborations with Inkblot we were pleased to continue the partnership on Moms at War. We have worked with Dioni Visions and Omoni Oboli for many years and are happy to announce our first collaboration with her. Moms at War is the perfect film for women and everyone else as it cloaks in comedy the wars our mothers wittingly and unwittingly fight for us, every day.”

Written by Naz Onuzo, Moms At War is a strikingly hilarious tale of friendship and motherhood.