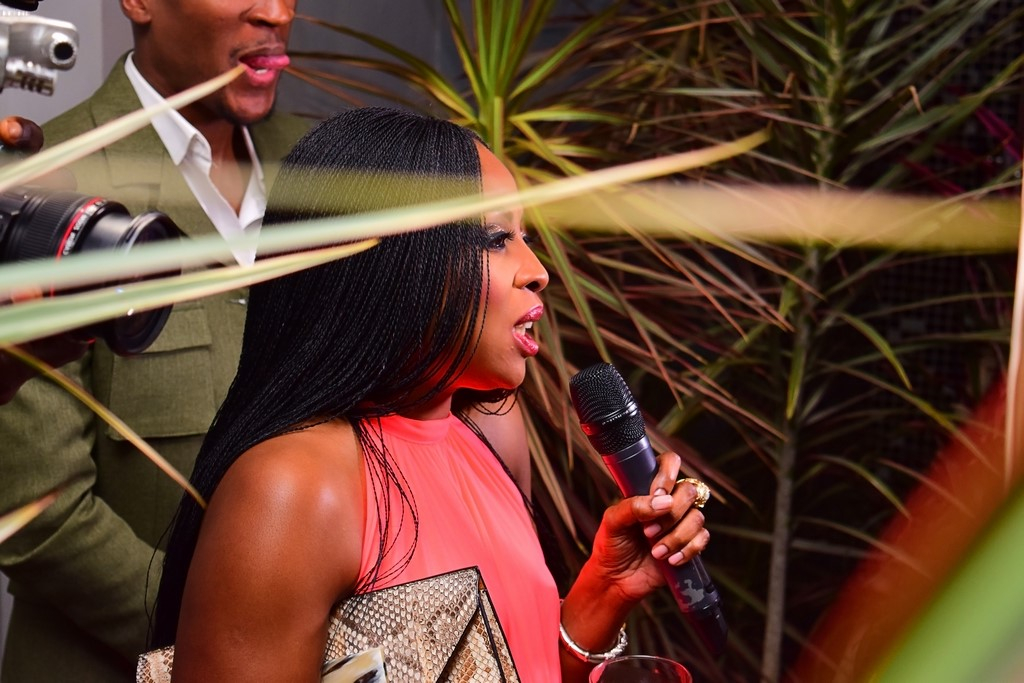 Ebonylife TV held the announcement party of its newest TV series ‘On The real’ on Tuesday 5th of July 2016. The event was held at The Fahrenheit Loft, Oniru, Victoria Island.

On The Real is a television series that operates a unique format of combining pseudo reality-cum-drama and also incorporates running commentary by all cast members. It follows the lives of 5 young Nigerian reality TV stars who are brought together by an obnoxious TV executive. Our stars have to balance their newly acclaimed fame with their regular lives as well as maintain their star status. ‘On the Real’ highlights issues relating to the youth including relationships, self esteem, sex, drug abuse and much more!

According to Mo Abudu, Executive Producer Ebonylife TV, ‘ON THE REAL is the edgiest type of drama format that EbonyLife TV has created for the next generation. I am excited at the prospect of us delving into this new genre of drama. I am also thrilled about giving our youth a platform to express themselves and their art form. Everything about this great piece of work was made to perfection, from the creation of the format and concept, to writing, talent, wardrobe, make up, directing and music. I would invite all to watch On The Real, both young and old!’

The ambiance and décor at the launch party was done by Fara and Zara parties and provided guests such as DJ Caise, B.O.J, O.C Ukeje, Kemi ‘Lala’ Akindoju, the first runner-up at the 2015 edition of the Most Beautiful Girl in Nigeria pageant, Debbie Collins and many others the opportunity to unwind, mingle and party with the cast of the series while enjoying cocktails provided by Ciroc and snippets of episodes 1&2. There was also a photo booth managed by The Selfie Box NG. The On The Real launch party was sponsored by Accelerate TV and Samsung.

‘On the real’ is created and produced by Temidayo Abudu, according to her, ‘On the Real sees fictional characters living in the real world – Lagos. They represent parts of youth culture that people can relate to. The way they speak, dress and their lifestyle. The show is all relatable and familiar but packaged in a unique format that I’ve yet to come across on television. As people watch, I believe they will question themselves, our society and culture. It will make people confront their realities and speak out on them. The cast and crew on this project have been amazing and have shown nothing but pure talent and professionalism.  I look forward to seeing this new generation of actors become regular faces on television screens in Nigeria and all over the world’.

Written by Tamara Aihie and directed by Tosin Coker, On The Real has amongst its cast Inidinma Okojie as Faridah, Funto Angel Johnson as Wana, David Jones as Lolu, Akah Nnani as Efosa and Nancy Isime as Amaka.

The edgy, exciting and fun series promises to have #nosugarcoating and will première exclusively on Accelerate TV on July 12th and EbonyLife TV, DStv channel 165 on the 13th  of July 2016 at 21:30 CAT.