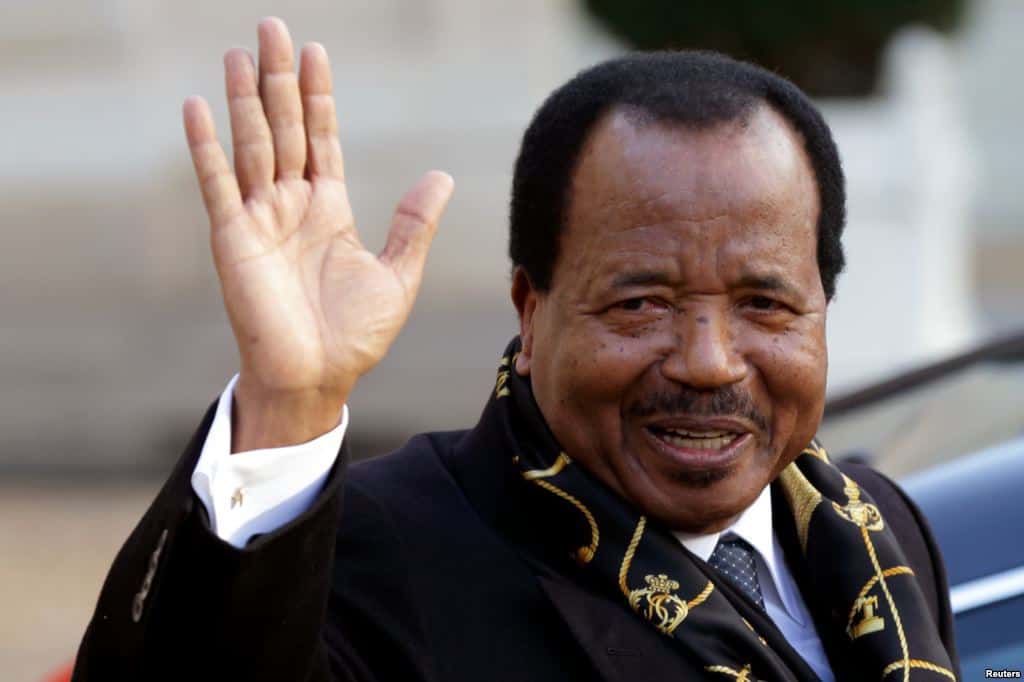 Cameroonian President, Paul Biya is running for a seventh term

At a ripe age of 85, Cameroonian President, Paul Biya has announced that he will again be running in the coming elections in the country.

Biya who has ruled the country for 35 years shared via Twitter, “I will stand as your candidate in the upcoming presidential election,”

The second longest-running ruler in Africa expressed that he is “aware of the challenges we must take up together to ensure a more united, stable & prosperous Cameroon,”

Dear Compatriots in Cameroon & the Diaspora,
Aware of the challenges we must take up together
to ensure a more united, stable & prosperous Cameroon,
I am willing to respond positively to your overwhelming calls.
I will stand as Your Candidate in the upcoming presidential election pic.twitter.com/6oldKFYWak

But here’s how Biya who has been described as a dictator is perceived on social media:

#Cameroon is a tinderbox. With elections on October 7, the elements for additional violence and mass atrocities are in place. Dictators like Paul Biya, in power since 1982, grow strength in the darkness. Expose this abusive, unaccountable and retrograde government for what it is.

At 85 years of age, including 36 in power, #Cameroon 🇨🇲 President Paul Biya has just announced on Twitter he seeks to vie for the 7th time for 7 more years which will mean president till he’s 92.

For someone to rule you for 43 years then it is a choice, a stupid one pic.twitter.com/O5jeiW8vBE

I really wanna understand why Paul Biya is still president of Cameroon. The man is useless!!!

The Despotic Regime of President Paul Biya of Cameroon appears to have stepped up its campaign of terror since the World Cup in the expectation that the international media’s focus will be elswewhere. Dreadful human wrongs are being perpetrated and must not go unpunished.

Senator Shehu Sani clarifies his position with the APC

It was reported on Friday that his faction had left the party alongside that of his Kaduna North counterpart, Senator Suleiman Hunkuyi.

Following this report, Senator Sani has clarified the situation stating that he still remains with the party although consultations on his exit are “ongoing”.

It seems he is considering joining the opposition party, PDP like his fellow Senator, Dino Melaye.

The Buhari cult summed up by a brilliant cartoonist. pic.twitter.com/ViGupM7Ksz