Sign in
Home FEATURED Nigerians are in awe of the Osinbajos; “Bringing back evicted #BBNaija housemates... 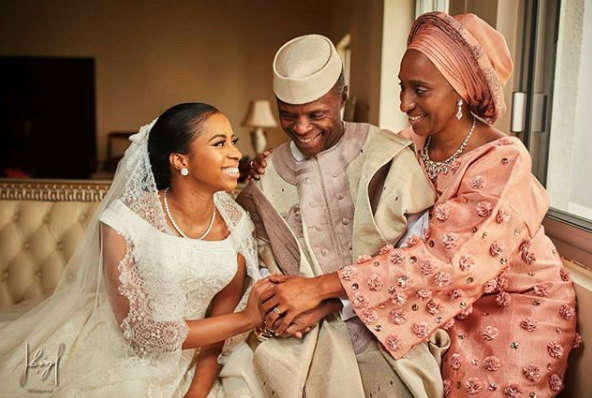 Vladimir Putin gets a fourth term

Russian President, Vladimir Putin has been re-elected to rule the country for another six years, in his fourth term since he first won the elections in 2000.

Recording a landslide victory, Putin contested against seven other presidential aspirants but gained over 70 percent of the total votes cast, nearly 10 percent more than he gained at the last elections.

Following Russia’s suspected interference in the United States general elections that brought in President Trump’s administration, the US has announced that Putin’s victory at the election is not a surprise.

We’re far from shocked too!

Between this VIP senator and an ordinary Nigerian

Senator Dino Melaye is not new to playing the victim card and the assassination attempts on his life have not only strengthened his allegations against his state governor, Yahaya Bello but have fed his cries for attention.

Melaye again took to Twitter today as he continued wallowing in self-pity, claiming the withdrawal of police protection from VIPs is targeted at exposing him to danger, but this Nigerian put him in his place and we couldn’t be more thankful.

Withdrawal of police from VIP I am the target. IG want to expose me so I can be killed. Having survived Assassination attempt twice I deserve police protection in a country where I’m a tax payer.

I have survived assassination over 4 times. Armed robbers visited my community severally yet I have no police protection and I am a tax payer in the same country. Oga, will you keep kwayet?

Here’s the thing: We’re aware Big Brother runs the game and reserves the right to change the rules as he pleases but hey, we’re stakeholders too so this twist to the tale isn’t going to work.

This is basically how many Nigerians who are currently enthralled by the Big Brother Naija reality show feel about Big Brother’s intention to bring in two out of the eight housemates who were previously evicted.

Worse off, viewers get to vote them in… where do we get all that money from?

See how Nigerians received the information:

This idea of bringing back evicted housemates is unfair.

I mean… they’ve come out, seen the world, noticed where they messed up, restrategized, now going back in. While other contestants have been “suffering” inside. How does this make sense? #BBNaija

Do not vote in any evicted housemates, let them buy enough data and credit and vote themselves back in.@Gidi_Traffic

First we voted them out now we have to vote them in and after that we vote them out again, because we are all mad in this country abi ? Biko thunder are you busy? 🙄#BBNaija

In the history of first and second families in Nigeria, we have never seen any family worth looking up to like that of Vice President Yemi Osinbajo. Over the years, we’ve had reasons to be endeared to their nobility, humility and godliness that is almost palpable.

In an Instagram post shared by the VP’s wife, Dolapo, she shared a series of photos detailing the process of baking a befitting cake for her newly-married daughter’s wedding. The wedding, although privately held, has been the talk of the town but this selfless gesture from a presumably busy mother to her daughter, their social status regardless, has stolen all hear