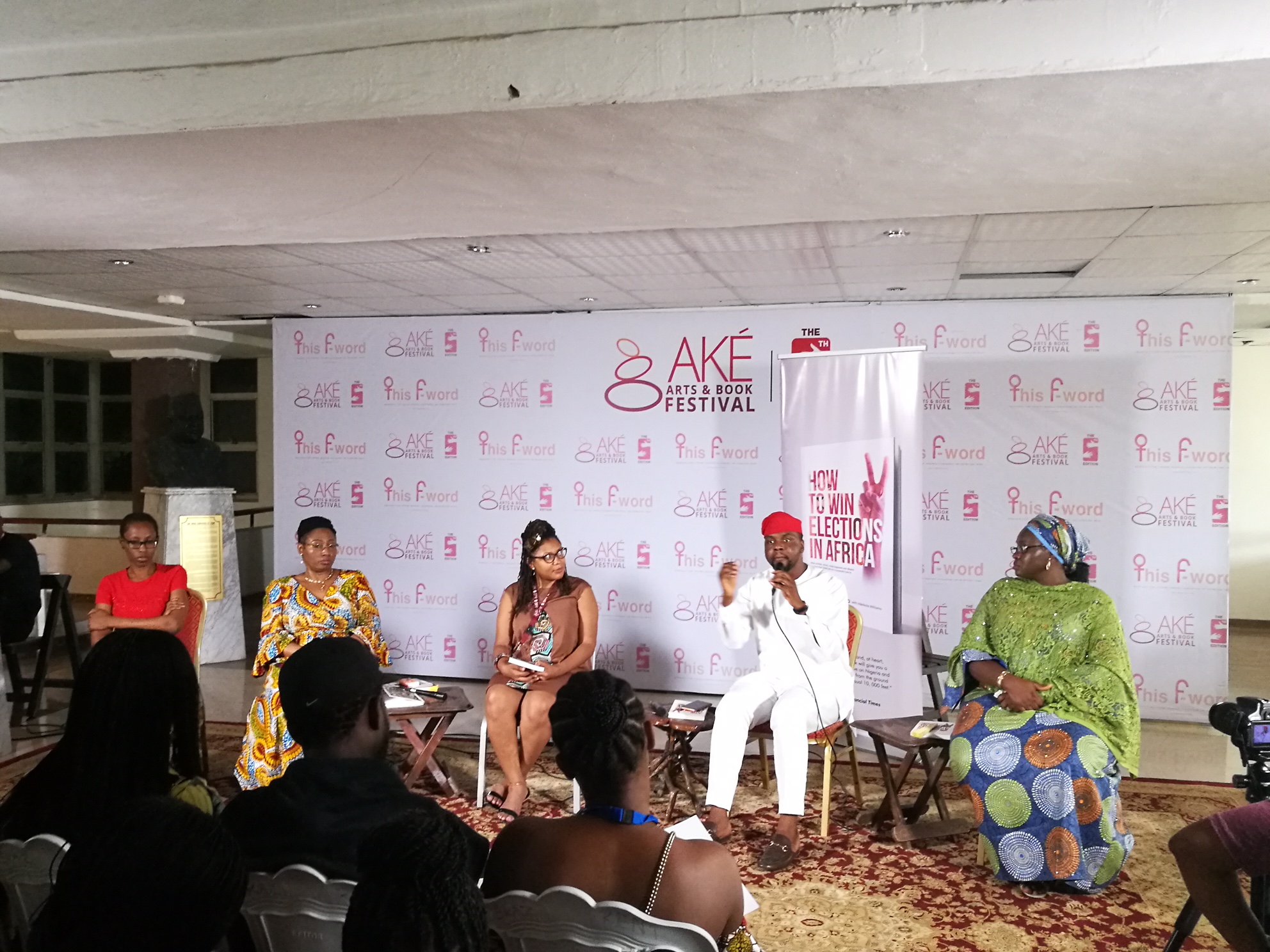 On Saturday, 18 November, 2017, RED engaged the First Lady of Kwara State, Mrs Omolewa Ahmed, Yemi Adamolekun, Mrs Bisi Adeleye Fayemi in a conversation about how more women can actively participate in politics in Nigeria and beyond at the 2017 Ake Arts and Book Festival at the June 12 Cultural Centre, Kuto, Abeokuta.

The panel, themed ‘Getting Women into Politics’ was part of the impressive line-up of activities at the Ake Arts and Book Festival which has in its five years excelled at hosting over 300 writers, thinkers, poets, artists and lovers of the Nigerian culture and society to events focused on appreciating works of art and the literature that has come out of the continent.

This year’s festival, themed ‘This F-word’ and focused on issues around women and feminism, listed Chude Jideonwo and Adebola Williams’ new book, ‘How to Win Elections in Africa: Parallels with Donald Trump’ as one of the festival books.

The event was the official introduction of the Ake Festival guests to the new book by Jideonwo and Williams. Co-author, Adebola Williams who read a chapter from the book about the need to accept the new realities of the political marketplace was emphatic about how “legacies no longer win elections; the people no longer care about the past but about what candidates can do in the future if elected”.

This reading was a preface for the conversation moderated by Isabella Akinseye among politically accomplished prominent female personalities on the panel: Mrs Bisi Adeleye Fayemi, best-selling author, founder of the African Women’s Development, and wife of the former Governor of Ekiti State, Mrs Omolewa Ahmed, the founder of the LEAH Foundation and wife of the Governor of Kwara State, and Yemi Adamolekun, Executive Director of civil activism group, Enough is Enough.

“Women can no longer continue to expect to be given slots just because they are women. We must now start ensure that we are recognised as political assets who will add value to the society”, said Mrs Adeleye Fayemi. Mr Williams buttressed this point by assuring that “political parties and their runners are smart too. When they know that a women will ensure a win, they would invite her to run and not sideline her”.

This Ake Festival launch of ‘How to Win Elections in Africa: Parallels with Donald Trump’ comes on the heels of another similarly viable conversation which happened a week earlier at the Lagos Book and Art Festival in Lagos.

Launched at the prestigious Yale University, ‘How to Win Elections in Africa: Parallels with Donald Trump’ is currently on tour across the United States of America. After a reading hosted by the Africa at Ohio platform of the Ohio University, the book is scheduled to make stops at the John Hopkins University, Washington D.C, Pennsylvania and neighbouring country, Canada in the coming weeks.