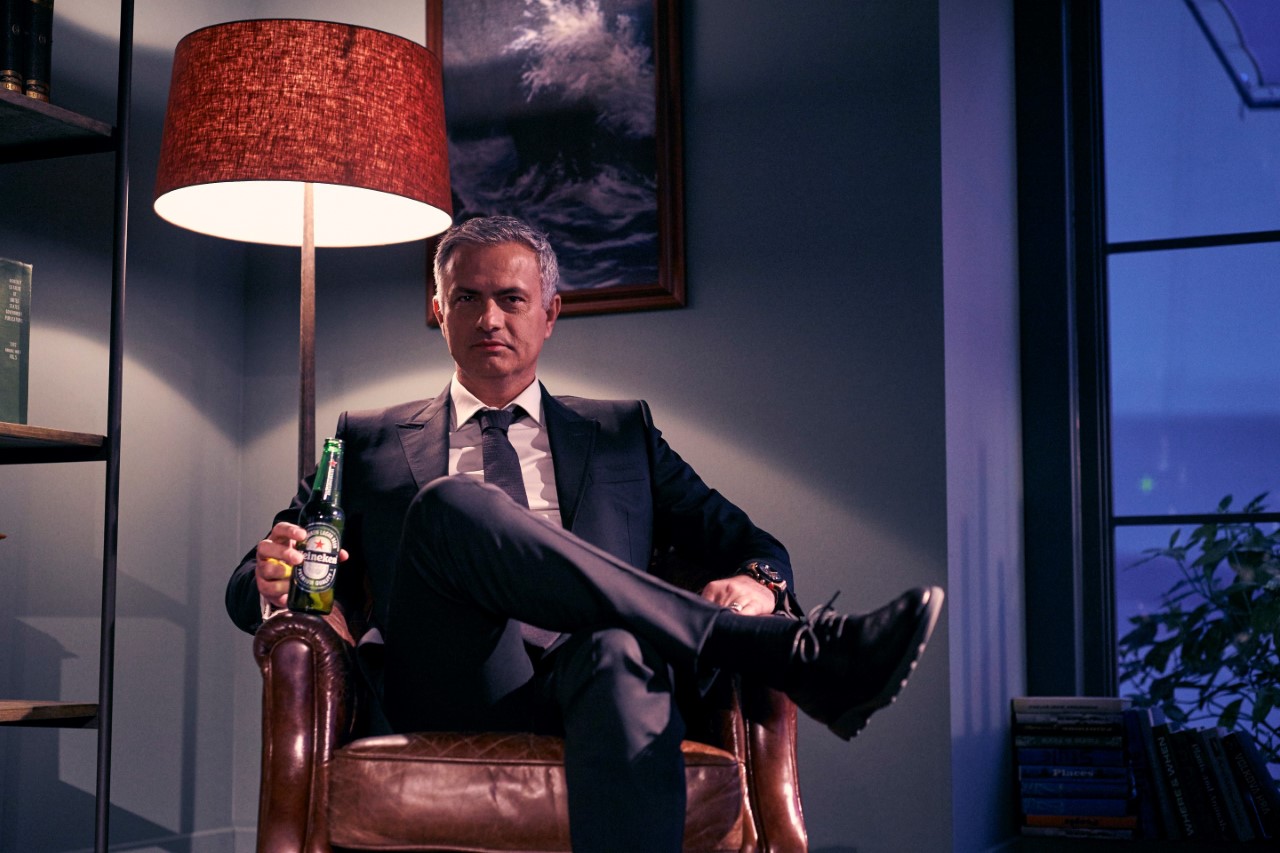 Heineken, the official sponsor of the UEFA Champions League, is set to launch the new season of the tournament with a video featuring controversial Manchester United coach, Jose Mourinho.

Billed as Mourinho’s address to football fans across the world, the video will go online before the kick-off of the 2016/2017 UCL season on Tuesday, 13 September, 2016.

This follows news making the rounds that the former Porto coach intends to “invade” the Champions League, even while his current team, Manchester United misses out of the competition after finishing fifth behind Manchester City, their closest rival last season.

Coming off a recent match against his biggest rival, Pep Guardiola, the Manchester United trainer is said to be in a combative mood as his team competes for honours in the Europa League, a tournament widely regarded as ‘second-tier’ when compared to UEFA’s biggest club competition.

Mourinho’s peers, Unai Emery, Arsene Wenger, Claudio Ranieri and Guardiola are all primed to take a shot at lifting the UCL trophy.

Football enthusiasts all over the world can’t wait to hear what the former Chelsea gaffer has to say this time.