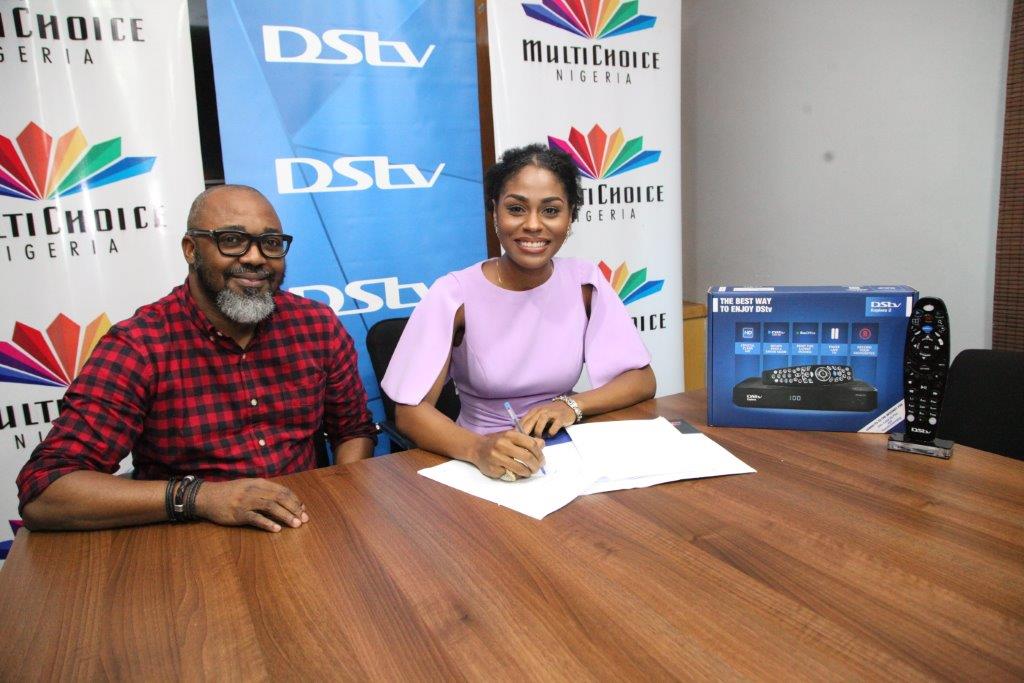 The Nollywood IT girl will play the lead roles in soon to be released DStv Explora 2 campaign materials which include TV, Out-of-home, digital, radio and press adverts. As ambassador, Somkele will further promote the exciting features of the all new, sleek and cool decoder such as the BoxOffice and Catch Up services.

“Somkele is a great fit for the brand”, said John Ugbe, Managing Director, MultiChoice Nigeria. “She is a talented actress and we have watched her career take a tremendous leap! Her uniqueness and creativity as an actress coupled with her passion for excellence exemplifies the essence of the latest model of our DStv Explora,” he said.

Speaking on the features of the DStv Explora 2, Ugbe said customers will experience every picture-perfect moment in crystal clear HD. “With the fast forward, rewind, instant replay and slow motion functions, the Explora 2 gives you a whole new way to control your entertainment,” he enthused.

Customers can also rent and enjoy Nollywood and other blockbuster movies on BoxOffice and catch up on their favorite movies, sports, kiddies and general entertainment shows on Catch Up. The DStv Explora 2 is currently up for grabs at an offer for a limited time only.

Winner of the Trailblazer award in the 2017 AfricaMagic Viewers’ Choice Awards (AMVCA), Somkele has warmed her way into the hearts of Nigerians and Africans in general with her brilliant interpretations of various roles in both movies and TV series. A Nigerian born actress, she came into prominence as a supporting actress on NdaniTV’s hit web series Gidi Up, where she acted the role of Yvonne, the Fashion Designer. But it was not until 2016 that her roles in 93 Days, The Wedding Party and, The Arbitration made her a name to be reckoned with as she became the first female international rising star at the 2016 Toronto International Film Festival (TIFF).