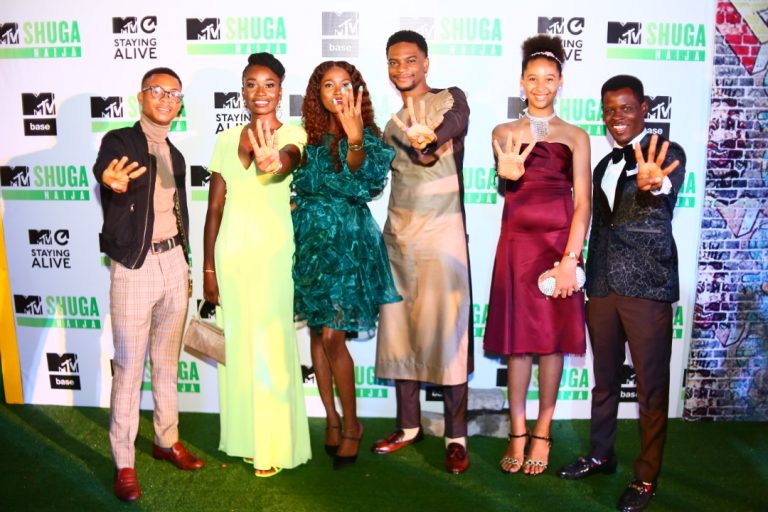 The show returns with the trials and tribulations of the students of Molade Memorial High, the glitz and underbelly of Lagos nightlife and the family dramas of our characters from Kano. Through realistic storylines and characters that are relatable, the MTV Shuga Naija series explores the themes of love, heartache, broken dreams and the struggle to overcome life’s challenges, in order to empower young people to make informed decisions about their sexual reproductive health and highlight the responsibility of adults to support the right to sex education and health services for young people between the ages of 15-24 years.

Executive Director, MTV Staying Alive Foundation, Georgia Arnold shared her excitement on the new season, “The new series of MTV Shuga Naija has so many stories to tell: we’ll see characters dealing with family planning, contraception, and gender based violence among other issues – all of which are so relevant to our audience.   The cast of the series are such an integral part of the work of MTV Shuga – they are not only (brilliant) actors, but actors and ambassadors who work so hard to ensure that our messages are reaching and positively impacting young Nigerians across the country. MTV Shuga embodies our philosophy that storytelling saves lives, and we are very excited to show the world our best MTV Shuga series to date.”

Alex Okosi, Executive Vice President and Managing Director for Viacom International Media Networks Africa and BET International also adds, “It is incredibly gratifying to see the rollout of the 4th instalment of this powerful campaign in Nigeria that has had empowering impact on the lives of African youth. At VIMN Africa, we are proud to continue this crucial and global series that originated on the MTV Base channel.”

In addition to the new season, MTV Shuga has unveiled a brand new theme song for the drama, featuring top Nigerian artistes, Larry Gaaga, and Vector Tha Viper. Working together on the new soundtrack, the super-talented acts bring their A-game as Vector combines his lyrical prowess as a seasoned rapper, with Larry Gaaga’s expertise as a singer and producer, creating a classic track that highlights the theme of the new season titled “Choices”.

There’s a bonus show on season finale night with MTV Shuga “The Finale show”, where we go behind the scenes, meet the cast and gauge audience reaction to the latest series.

Not only is MTV Shuga the best drama on TV with multiple awards to its name, the drama also delivers incredible impacts on sexual reproductive health among young people in Nigeria and Africa as a whole. A recent analysis from the World Bank revealed that for every dollar invested in MTV Shuga, there is a $150 return in investment as the campaign offers a near-unparalleled opportunity to effectively reach young people, drive demand and change behaviours.

MTV Shuga fans can expect even more from the stables of the MTV Staying Alive Foundation with a new, ground-breaking documentary on teenage pregnancy – “MTV Shuga In Real Life: Young Moms” which will premiere at the end of this year’s season.

Young Moms highlights the challenges, heartaches and joy that three girls experience throughout their pregnancies with varying levels of support from their loved ones, as the girls must navigate pregnancy and plan their new life with a baby whilst on the cusp of entering adulthood themselves.

The show tackles stigma around teenage pregnancy by addressing the underlying issues such as lack of sex education, lack of information about contraceptives, and the resulting impact on young girls’ lives. The documentary will premiere on MTV Base, channel 322 later this year.