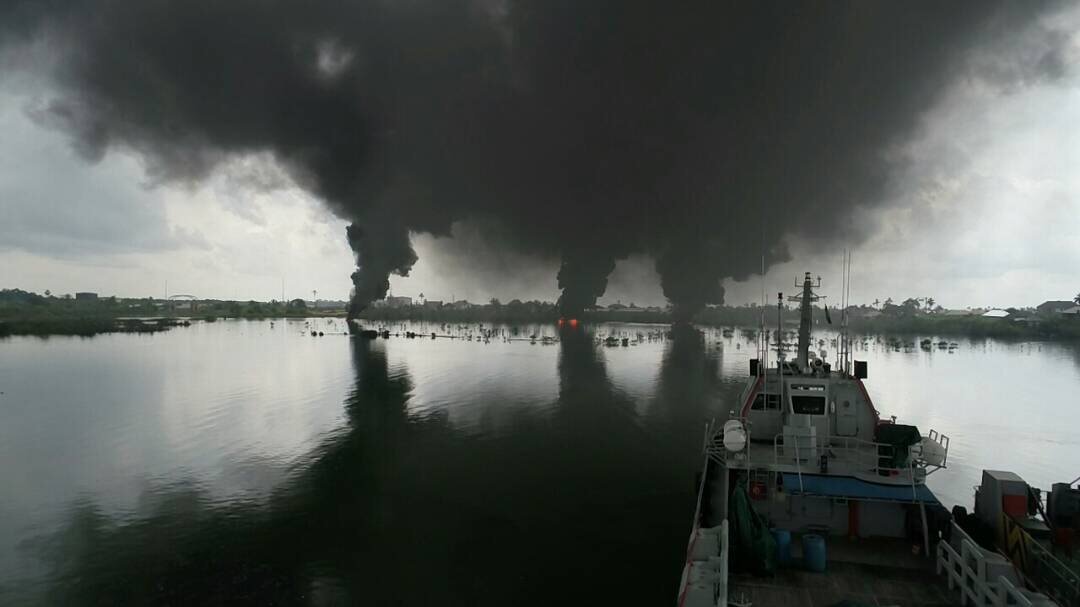 Late American author, poet and civil right activist, Maya Angelou would have been 90 today if she were alive but she passed on in 2014 at her home in Winston-Salem, North Carolina.

Google is celebrating her posthumous birthday with a Doodle where the poet and other American celebrities recite her poem. Oprah Winfrey, Laverne Cox, Alicia Keys, America Ferrera and Angelou’s son, Guy Johnson are some of the voices on the clip.

Here are some of our favourite Maya Angelou quotes:

“If you don’t like something, change it. If you can’t change it, change your attitude. Don’t complain”

Nigerians resident in Port Harcourt and other parts of Rivers state have been calling on the government to stop the spread of the harmful substance that has enveloped their environment but for the umpteenth time, it is falling on deaf ears.

Today, Nollywood actress, Kate Henshaw shared a tweet containing an image that represents the reality in that region and the calls for an emergency have been intensified but we’re afraid this may just be another social media cry that will never be heard.

It is no longer news that breathing in the black carbon otherwise known as soot can lead to heart diseases and respiratory problems in the not-so-long term.

Although it is characteristic of the Nigerian government to care less about its citizens, affected Nigerians are still hopeful for a solution.

Sis, the sad thing about this is that some corrupt politicians and elders are lowkey enjoying the proceeds of this economic waste which is harming the poor citizens's health

I'm sure those oil companies in the Niger Delta have paid compensation in millions of dollars. #SootPHC https://t.co/4BMHHUYnyN

Why is everyone silent over the poisoning of the PH airspace?
Why is the River state government not doing anything about The soot over PH. #StopTheSoot https://t.co/4JfEocTZBm

I worry about countless residents at risk of cancer, diseases.
My parents, both in their 60s inhaling toxins everyday.
Our government is watching silently as we die.
Pls watch & share this short doc film I made on the soot crisis in Port Harcourthttps://t.co/gw0A1l93qr

A Tuesday afternoon attack on the YouTube headquarters, California, that left three people severely injured was carried out by a woman identified as Nasim Aghdam.

The 39-year-old who shot and killed herself was a YouTuber who shared content relating to workout, animal cruelty and veganism on the app. She had previously complained that YouTube filtered and deleted some of her content thereby reducing her views.

Prior to the attack, Aghdam wrote on her website, “There is no equal growth opportunity on YouTube or any other video sharing site. Your channel will grow if they want [it] to… Videos of targeted users are filtered and merely relegated, so that people can hardly see their videos.”

This video of billionaire, Femi Otedola riding on the bus in London has us wondering if this could ever be his Lagos experience…

The abroad sure has a way of ‘humbling’ people!