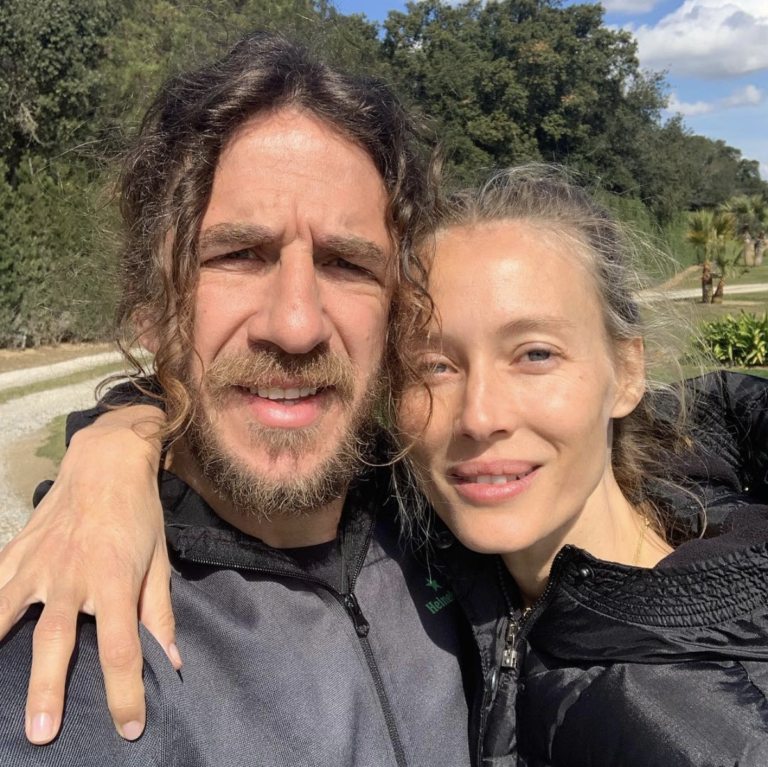 Just a few hours after his touchdown in Nigeria, the former FC Barcelona captain put up a post on Instagram hinting at his love for his girlfriend, Vanessa Lorenzo and how much he misses her.

Here are 5 interesting things we learnt about Vanessa:

3. Vanessa was born in Barcelona, Spain and started at age 10. A life long dream yeah?

4. Vanessa and Carles who have been dating since 2012 have two daughters, Manuela and Maria.

5. Vanessa, 42, is a year older than Carles! Some women will call her a cougar but we’ll say she’s living her best life!

Her boyfriend, Puyol is on an invitation from Heineken® to lead the UEFA Champions League Tour connecting with consumers and football lovers along the way.

Puyol who is in Uyo for a consumer event and Heineken®’s Unmissable Match will be playing as Captain of the Chairman Team alongside ex-Nigerian internationals, current NPFL wavemakers, Akwa United players and select consumers against a Shine Shine Bobo Team led by Nigerian football legend, Jay Jay Okocha.

The 17th and 18th of April will however see the football superstar in Lagos for a tour as well as other planned encounters by Heineken®.

For free tickets to meet Puyol and to see the trophy, follow the conversations on radio and on social media using the hashtag #Unmissable.