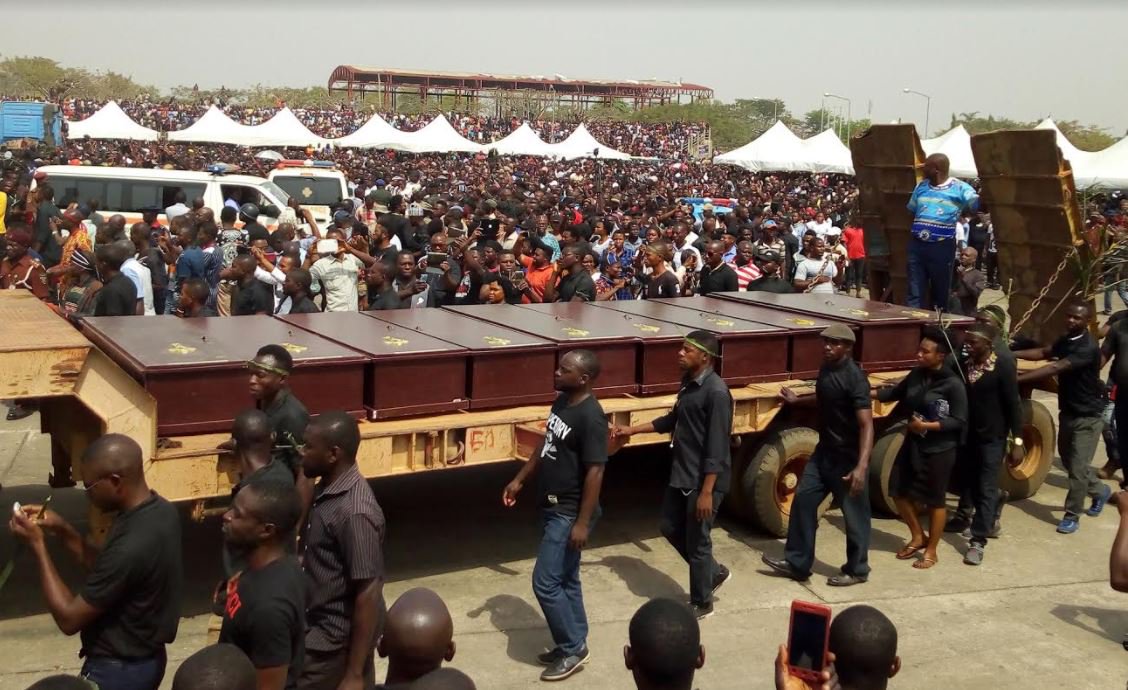 It was a sad day in Benue capital, Makurdi as over 70 corpses of people attacked and murdered by Fulani herdsmen were buried today.

The Fulani herdsmen attacked the Logo and Guma Local Government Areas in the state between December 31 and January 8 butchering nearly hundred innocent souls for reasons that could never be justified.

The mass burial held alongside a memorial service that had the Benue state governor, Samuel Ortom and his deputy in attendance.

Just yesterday, we told you Nollywood actress, Funke Akindele-Bello has been cast in the latest installment of Marvel series, Avengers: Infinity War.

It’s the biggest achievement Nollywood has had this 2018 and we dare say most part of the past year.

It’s been over 24 hours since the news made it to our social media space and Nigerians still can’t get enough. See the hilarious reactions:

Even if Funke Akindele’s scene/screen appearance is 0.3174 seconds in the movie.

WE WOULD STILL BE PROUD OF HER!!!

You will cry and laugh at this video

We can bet you won’t know exactly how to express your emotions after watching this video of a thief who got locked in a store he just robbed.

See how he freaks out on realising he could go to jail:

This guy pulled the biggest L in life 😂😂😂😂😂😂😂 he kills me when he realises he'll be going to jail 😂🙌 pic.twitter.com/cx90maPhde

Do you feel sorry for him at all or you think he got just what he deserves?

Or in any form of public transport…

You didn’t learn this from us though… so have a good night!