Sign in
Home LATEST STORIES ENTERTAINMENT M-Net Edge to broadcast ‘The Night Of’ mini-series simulcast with the US... 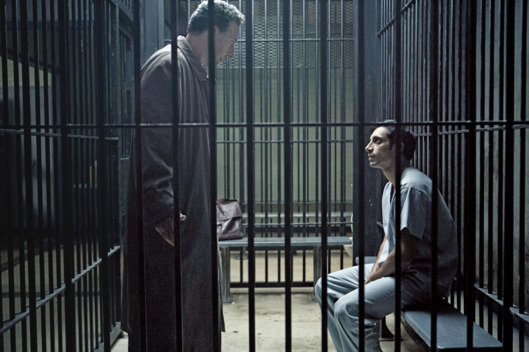 Great news! The eight-part limited crime drama The Night Of (previously titled: Crime), created  by the acclaimed writers of The Wire and Schindler’s List, will be simulcast with the US, exclusively on M-Net Edge on DStv. The Night Of starts Express from the US on Monday 11 July at 2am and in Prime Time on Friday 15 July at 8pm.

The Night Of is a one hour crime drama series, in Manhattan’s Upper West Side, where the brutal murder of a young woman becomes the focus of an all-consuming murder investigation, from the initial arrest to the imprisonment of the prime suspect. Golden Globe nominee John Turturro stars as an embattled defence attorney, who lucks into the biggest case of his career. His young Pakistani-American client, played by Riz Ahmed, is a likeable, unassuming college student whose life-and family-are thrown into the pit of New York City’s criminal, legal and judicial system, when he becomes the prime suspect in the case.

It’s a dark, intricate exploration into the criminal justice system, that will leave no one emotionally, mentally or psychologically unscathed.

The Night Of stars John Turturro (O Brother Where Art Thou?, the Transformers movies) as Stone; Riz Ahmed (Nightcrawler) as Naz; Michael Kenneth Williams (The Wire, Boardwalk Empire) as Freddy; Bill Camp (12 Years a Slave) as Det. Dennis Box and Jeannie Berlin (The Heartbreak Kid) as Helen Weiss, the prosecutor in the trial.

The series is written by Oscar winner Steven Zaillian (Schindler’s List) and Oscar nominee Richard Price (The Wire, The Colour of Money).