Sign in
Home FEATURED “We know you’re a Muslim, we also know your head is empty”,... 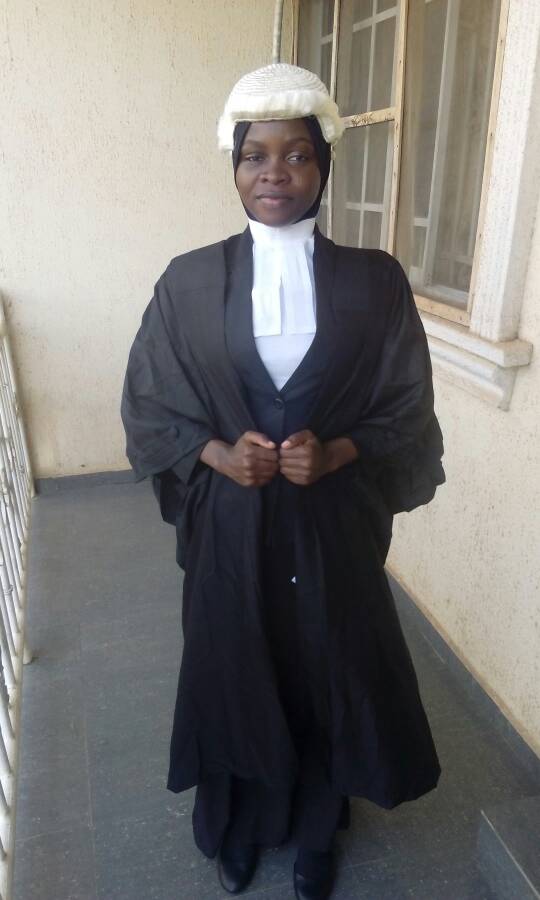 The lady who would not take off her hijab

TwitterNG is buzzing non-stop with varied opinions on an issue that borders on religion and the law.

She dreamt of becoming a lawyer

She studied law at University of Ilorin and graduated with 2.1

But was denied being call to bar because of #Hijab #EndDiscriminationAgainstHijab

Firdaus deserve to be called to bar pic.twitter.com/r1AzxKNXIl

The rules of the Nigerian Law School states that all facial features of students, including the ears must be exposed at the Call To Bar to enable capturing. It adds that this rule is applicable to female Muslim students wearing the hijab.

Even athletes wear hijab now, and these are people who have a reason not to. How does hijab, especially of small size, affect a lawyer's professional engagements? Why can't we think beyond sentiments, beyond Britain, beyond colonialism, beyond imperialism, beyond our self-hate? pic.twitter.com/5WtjwI7Ebp

Being a muslim is actually a way of life. Its not separate from who i am. The hijab to a muslim lady is part of her cloth. Tell her to remove it and you might as well ask her to go naked.

The #Hijab is a religious commandment (to be observed by both male &female). It is “more” than a clothing as much as clothing is part of it. If some Muslims choose not to observe it, that’s their personal business. Respect people’s choice(s).

For these people, this argument is ridiculous. JUST OBEY THE LAW

This Hijab issue is so hilarious!

Your WCW spent 5 years in the University studying THE LAW, spent an extra year at the LAW SCHOOL to know THE LAW.

Then on the D day, she decided to break THE LAW?

She played herself.
Give to Caesar what is Caesar's.

If you cannot obey the Law, you're not fit to practise Law.

I commend the action taken against the lady that wore hijab, the institution already has a dress code, you can't come and impose your ideology on them.

She should drink water on her L

Deeper life members don't wear Trousers but they know they have to wear during their Nysc.. Do you see them bothering us with their faith? Why should Hijab be an exception. You know the constitution, you signed for it so what exactly is your problem?

Those who are comfortably seated on the fence but have a deeper grouse:

I have no opinion on the hijab issue.

My only contribution is that Nigerian lawyers should get rid of those silly 18th Century vintage pantomime wigs.

I mean, the temperature in Lagos is like 30 degrees Celsius and we are bothered about some silly colonial relic.

Twitter conversations are never complete without those who miss the point:

The most stupid points of all arguments on this Hijab issue come from the “And Yes, I am a Muslim” gang. We know you’re a Muslim, we also know you Head is empty, you don’t know anything about your religion.

Quick question, the lady dat missed her call to bar cos of hijab is she married or single… if she’s single, is she a virgin?

But the bants are the best part:

They said “take off your hijab”
She said “Girls not hot” https://t.co/YyW8piWzLU

We think that’s enough for one night, folks!