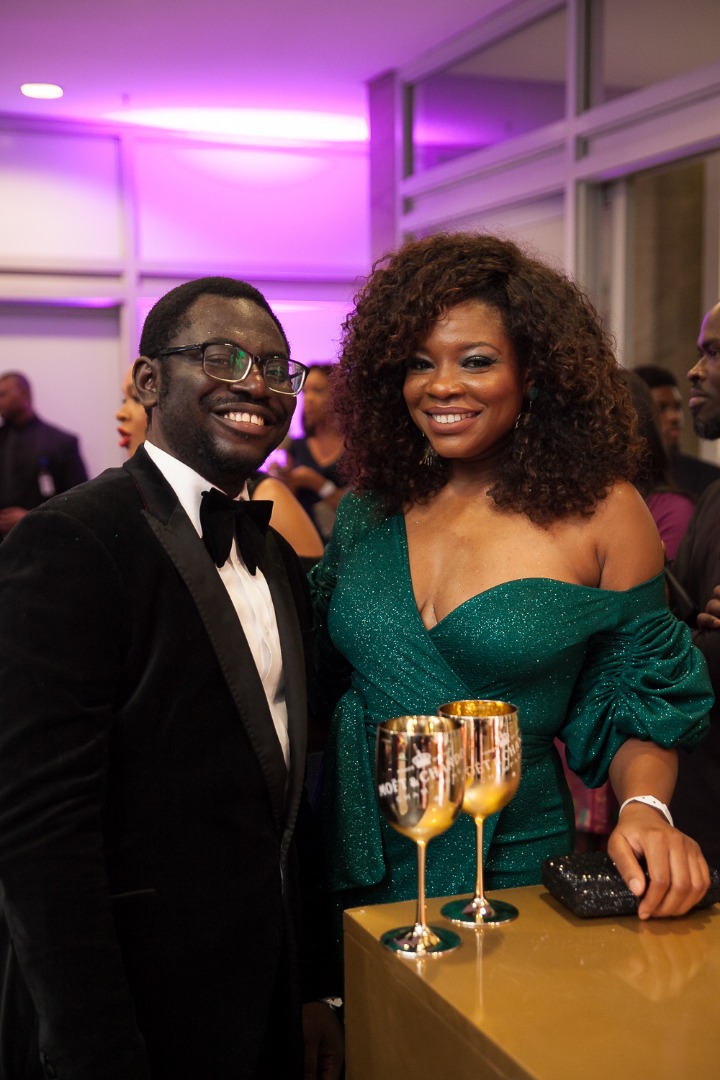 The inaugural edition of The Film Gala®, hosted by Filmhouse Cinemas and Moët & Chandon, held on 26th January, 2019 at the Wings Tower, Victoria Island, Lagos. Hosted by actresses, Osas Ighodaro-Ajibade and Toni Tones, the Film Gala brought to the forefront bodies of work that are breaking the norm in contemporary Nigerian cinema and inspiring creative pieces of art. The night was themed “Married To The Arts.”

The Film Gala was curated to celebrate and honor the works of game changers and groundbreaking members of ever-blooming film industry in Nigeria. The gala featured the best of Nollywood and various initiatives that left strong imprints in the industry, and society as a whole. Most importantly, it was an event that reflected the continuity of support, promotion of opportunity and growth that the community has given to Nigeria’s growing film industry.

In that vein, the Film Gala awarded Michael Akinkunle Akinrogunde, an AFP Alumnus and filmmaker with Accelerate TV,  with a One Million Naira cash prize from VISA and Filmhouse Cinemas, a distribution deal on his first feature-length film, and with The Lady®, its official statuette, for his short film, “Penance.” The young filmmaker was voted ‘best short film director’ and his film voted ‘best short film’ by the audience via live visual audience votes after his film and other incredibly outstanding shorts, carefully selected and nominated, were viewed.

The team behind the gala, Filmhouse Cinemas, and Moët & Chandon, brought the theme of the event to life with and ambiance that depicted classical art and opulence. Guests were treated to exquisite and sumptuous dishes by celebrity chef, Chef Eros. The four-course meal consisted of Lobster Bisque, Duck Salad, Poached Chicken and an assortment of desserts. All the meals were paired with the finest selections of champagne by Moët & Chandon.

The after-party followed immediately at the waterside of the Wings Tower with fireworks display as guests danced and drank.