Sign in
Home FEATURED “Jimi Agbaje is an undercover agent for APC”; See Atiku’s plans for... 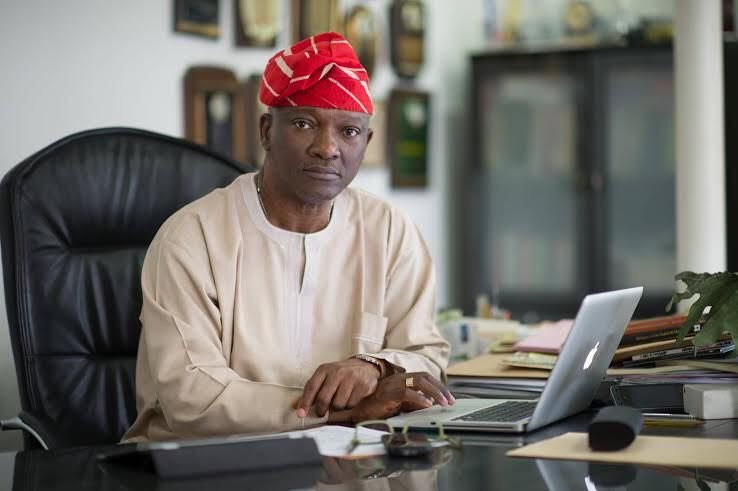 These people are not impressed with gubernatorial hopeful, Jimi Agbaje’s campaign strategy or the lack of it…

He will be running on the platform of the PDP and today, he announced his running mate, Yemisi Haleemat Busari, a 54-year-old broker and former director in Zain Nigeria, now Airtel Nigeria.

But his seriousness about the race still leaves many in doubt.

Jimi Agbaje went into hibernation for 3 years and he’s just coming out now, what’s worse is he’s not even campaigning as much he should. And you think he has a chance or deserves a chance? I’m not a fan of APC but I won’t vote for unseriousness. https://t.co/OumfhKOagZ

Jimi Agbaje is just a joke for 2019 😂😂. The guy is an undercover agent for apc, haven’t seen his poster or campaign signage anywhere around Lagos, abi I’m not just observant Ni. 🙇🙇

Jimi agbaje will not only lose this time around,he will lose in flying colors

Every 4 years, the Olympics.

Every 4 years , the FIFA World Cup

⏩ Hope he could win it this time #Lagos #Nigeria 🇳🇬🇳🇬🇳🇬🇳🇬🇳🇬🇳🇬🇳🇬

According to the Peoples Democratic Party (PDP), here is how its presidential candidate, Atiku Abubakar will reduce fuel prices if he is voted:

Fuel Pump Price: Our Presidential candidate, @atiku, has worked out a pricing template that will immediately crash the pump price of fuel in the country, since the @MBuhari -led @OfficialAPCNg administration, in its insensitivity, has failed to do the needful in the last 3 years. pic.twitter.com/RSWn3YqwPx

We completely reject the @MBuhari-led FG’s increase of the official prices of diesel and kerosine. Such increment will bring more economic pressure on the already impoverished nation, as most businesses and homes across the country heavily rely on these products for sustenance pic.twitter.com/L3CihXLgWc

Our Party is talking with top international players in the oil and gas industry, and this engagements has shown that the appropriate pump price of fuel in the Nigerian market, under the current subsidy regimes of the Buhari Presidency, should be within the borders of N87 to N90 pic.twitter.com/4cOnsEcdnG

With the current price template of crude oil in the international market, the @MBuhari administration has no justification to keep the pump price of fuel at N145 per liter and watch Nigerians groan under the weight of high prices, while a cabal at the presidency loot the funds pic.twitter.com/i6fWV227Dt

For every N145 paid for a liter of fuel, the @MBuhari Presidency cabal diverts a hidden N58 which Nigerians have continued to pay since the fuel price was increased from N87 to presumably subsidized cost of N145. pic.twitter.com/jFL3VCfAIy

Apart from the N1.4 trillion allegedly siphoned through sleazy oil subsidy deals, the @MBuhari-led FG is burdened to account for the over N3.49 trillion stolen under the hidden N58 per liter of fuel on over 50 million daily domestic consumption estimated in the last three years. pic.twitter.com/GsNQc4BRHg

We urge Nigerians not to despair as our Presidential candidate, @atiku, has already worked out a blueprint that will end sleazes, ensure appropriate pricing template and free resources to guarantee availability of product on a national pricing regime. pic.twitter.com/RiJWWDiswS