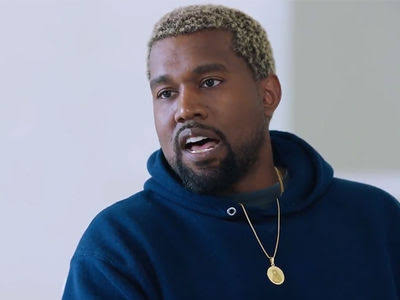 Former Nigerian president, Olusegun Obasanjo has today reiterated his stance on President Muhammadu Buhari’s reelection ambition saying “he will not change his position” as regards his January 23 letter where he advised the president against running for office again.

Obasanjo made this known in a statement issued by his media aide, Kehinde Adeyemi where he denied reports that he has declared support for President Buhari.

According to the statement released today, those reports are all “lies and fake news” dished out by President Buhari’s “desperate and unintelligent supporters”.

It reads in part, “For the record, Obasanjo has not and cannot endorse failure… Chief Obasanjo sympathises with the plight of those campaigners and supporters of Buhari. He doesn’t believe dishing out fake news that can only be believed by imbeciles will turn black into white.”

He also used the opportunity of the statement to criticise President Buhari’s conduct at his meeting with US President, Donald Trump on Friday. “President Buhari again bungled another opportunity to self-redeem. No wonder President Trump ordered him in a rather condescending manner to go back home and stop the killings going on in Nigeria!“

Days after his ordeal with the men of the Nigerian Police, it looks like Senator Dino Melaye is yet to recover from his wounds.

The senator representing Kogi West in the upper chamber of the National Assembly today arrived the Magistrate Court, Wuse, Abuja on a stretcher.

He was arraigned on charges of attempting to escape the police, an act he executed by jumping off the van and causing himself harm.

Melaye was granted a N90m bail but was rearrested by the police.

After months on end of social media silence, rapper Kanye West has made an awkward return to Twitter and has since managed to evoke backlash, outrage and flak.

From publicly supporting President Donald Trump to now blaming his own ancestors for the enslavement they suffered, it looks like the internet has had more than enough of Kanye for one lifetime.

The clearly troubled rapper was a guest on TMZ Live where he spoke on several philosophical topics then blurted the words, “When you hear about slavery for 400 years … for 400 years? That sounds like a choice … It’s like we’re mentally in prison.”

The first backlash came from a TMZ host who immediately retorted, “While you are making music and being an artist and living the life that you’ve earned by being a genius, the rest of us in society have to deal with these threats to our lives”

Kanye took to Twitter in an attempt to clarify his comments. He wrote, “Once again, I am being attacked for presenting new ideas”

How the internet is reacting to the new Kanye

I’ve had it with @KanyeWest + @RKelly using the imagery of lynching as rebuttals re: their dastardly behavior. Evoking racial terrorism and murder for personal gain/blame is stratospheric in is audacity and ignorance. This is what lynching looked like. How dare they? pic.twitter.com/wfobcdjiKL