Sign in
Home FEATURED Itse Sagay “doesn’t bloody care whether Adeosun did NYSC or not”; The... 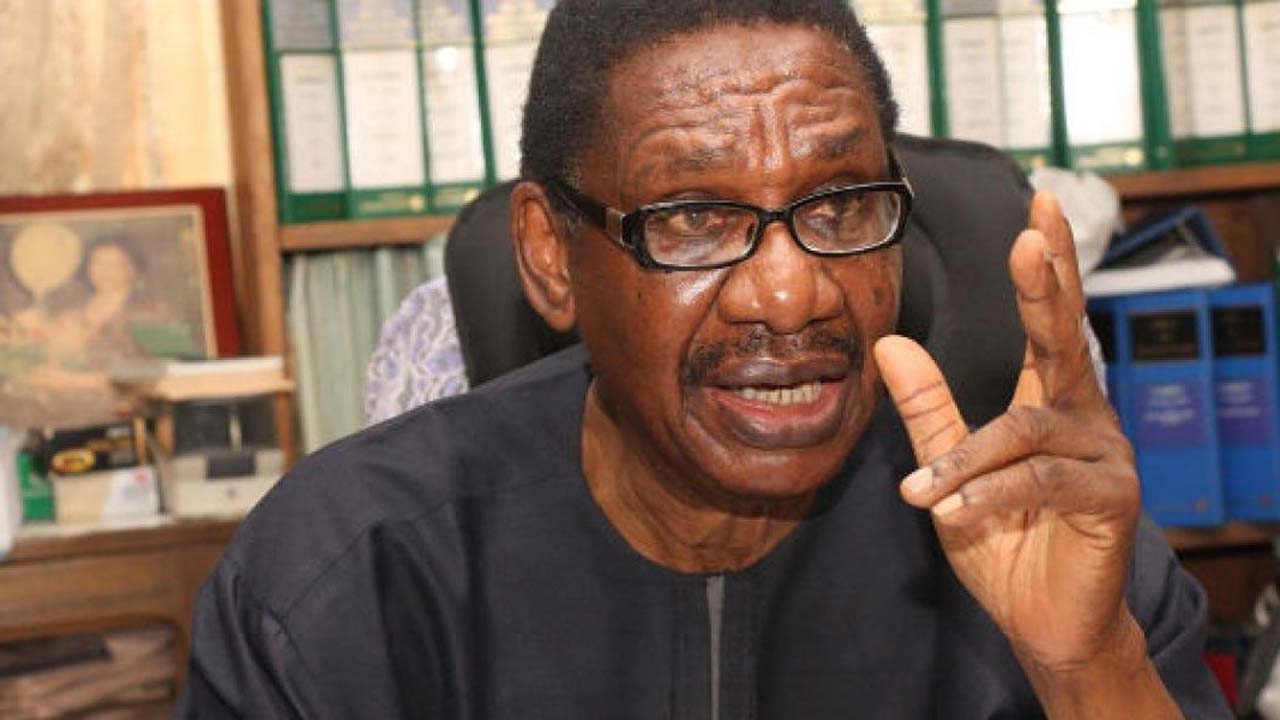 Sagay does not care about Kemi Adeosun skipping Youth Service

In an interview with The Nation, Sagay described Adeosun as a “brilliant and extremely valuable member of the current government” who should not be removed based on allegations that she did not fulfill the requirements of the mandatory Youth Service Corps.

If it was left to him, Adeosun would remain minister because she is “damn good” at her job.

Coming from Sagay, these statements are quite shocking and Twitter users have expressed concern:

People like Prof. Itse Sagay are the major problem of this country.
One good thing that the emergence of Muhammadu Buhari as President has done is that it has exposed the Stupidity, Hypocrisy, gullibility & gluttony inherent in many so called Activist,Professors & Elder Statesmen pic.twitter.com/bZjRfO84FJ

Because of NYSC, people have been slaughtered, refused employment/promotion etc.
But Itse Sagay, a senior advocate of Nigeria says “Who cares about NYSC” because Kemi Adeosun involved.
Listen, these people don’t care about you. They’re all about their personal interest!

Sagay didn’t get that the outrage over Kemi Adosun isn’t about skipping NYSC, it’s about forgery: a crime that’s not only grave but a security risk from the head of Nigeria’s Treasury. And that he’s a Professor of Law is another realization to make one lose hope in this country.

Saraki should resign in honour but Kemi Adeosun should remain in office because she is damn good. – Itsay Sagay

Dear God please don’t let me end up shameless in my old age because of political patronage. Amen

The literal translation of ‘Alajo Somolu’ is ‘Thrift collector of Somolu’ but all our lives (as millenials), we have wondered what the story behind the term is. This Twitter user, @royzkingin came to our rescue:

Alajo Somolu is Nigeria’s most Famous Thrift collector, let me tell you about him

Alphaeus Taiwo Olunaike is not a name that many Nigerians are familiar with. But once you mention Baba Alajo Somolu, the eyes of millions of Nigerians will light up. Yes, they are more familiar with this nomenclature.

He was born at a very dangerous time. A perilous period in history. It was on the 16th of September 1915 in the tiny city of Isan-Oyin (now called Isonyin), close to Ijebu-Musin and Ijebu-Ode in Ogun State, southwestern Nigeria.

He sold goods, newspapers and tried his hands on many ventures. In Cameroon, one of his neighbours was a thrift collector and he gisted him about the business which immediately caught his fancy.

Yes I was burnt by my bby daddy
Yes he killed my daughter
Yes he took away my career
But above all I choose 2 rise… pic.twitter.com/v0GnqVooLa