Sign in
Home FEATURED “It was doctored” – Nigeria Police reacts to viral video of IG... 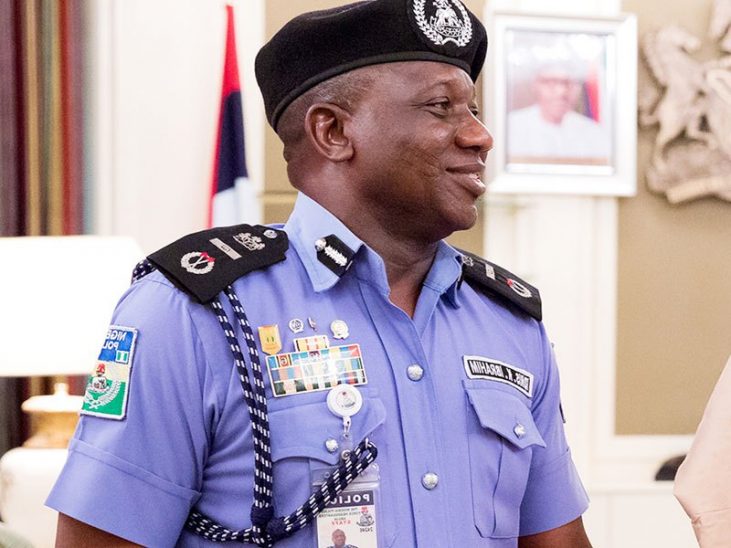 Inspector General of Police, Ibrahim Idris leaves Nigerians confounded as he struggles to read a speech

The IG of Police was in Kano on Monday to commission the Force Technical Intelligence Unit. In this exclusive video by Voice of Liberty, an embarassing footage catches him struggling to read his speech, making multiple errors and unable to pronounce words. Why? 😲pic.twitter.com/tfjsOuDwmM

There must be something about the word transmission that doesn’t sit right on the IG’s tongue. Nigerians on Twitter tried to find an explanation for this amazing wonder and the suggestions ranged from diagnosis of possible dyslexia to inebriation, some even claim the video was doctored. See the reactions:

I work in a government office in abuja and I wonder EVERYDAY how my so called “bosses” got to where they are. Majority of them can’t speak, read or write in English!!

This doesn’t look real. It’s simply unbelievable. You sure it wasn’t doctored??? I honestly can’t believe what I just watched. 😯

If this video is genuine, I’ve been advised the IG may be dyslexic. If that is the case, it is no laughing matter, and not something he should be ridiculed for. A lot of kids are dyslexic. We must ensure that they are not bullied or stigmatised. They too can become IG of Police. https://t.co/eqlvEopZ6Z

Now you all understand why your IG of police won’t honor the Senates invite? HE CANT READ.

How do you want him to answer questions off the top of his head? Ur IG is an illiterate. 😪😪🤦🏽‍♂️

The Nigeria Police Force has reacted to the video making rounds on the internet showing their boss in a struggle to read his own speech. Following the controversy that the video has generated, the Police Force through its Twitter account has today attempted to explain what went wrong.

In a Twitter Q&A series called #AskThePolice, when a user demanded clarification for the IG’s actions, here was the response:

Thank you for your question. Yes it was doctored. #AskThePolice https://t.co/lYSpkyRIdh

Senior Special Adviser to the President on Diaspora & Foreign Affairs had earlier made a similar clarification when the video was first released. She tweeted:

This video is definitely doctored.. The error was made once , then special effects used to repeat it What I don’t understand is why anyone would believe Well, it’s a SM world 😡 https://t.co/Ii2liRWVKb

Vice President has made his preference clear. His Christian faith trumps all else.

In a stakeholders’ meeting at the new Banquet Hall of the Benue State Government House, Makurdi on Tuesday, the VP made it known that he would rather vacate office than denounce his faith.

Answering questions from Christian leaders, Osinbajo said, “Let me assure you that under no circumstances, none whatsoever, will I give up my faith or refuse to stand up for my faith.

You can take that to the bank. Even the position that I currently occupy, I did not ask for it and I’m prepared to leave it at a short notice.”

We’ll be waiting for someone to help us understand this:

I am yet to understand how people dress up in the morning and just to go argue at a newspaper stand.